Women in the 1950 Mexican Road Race 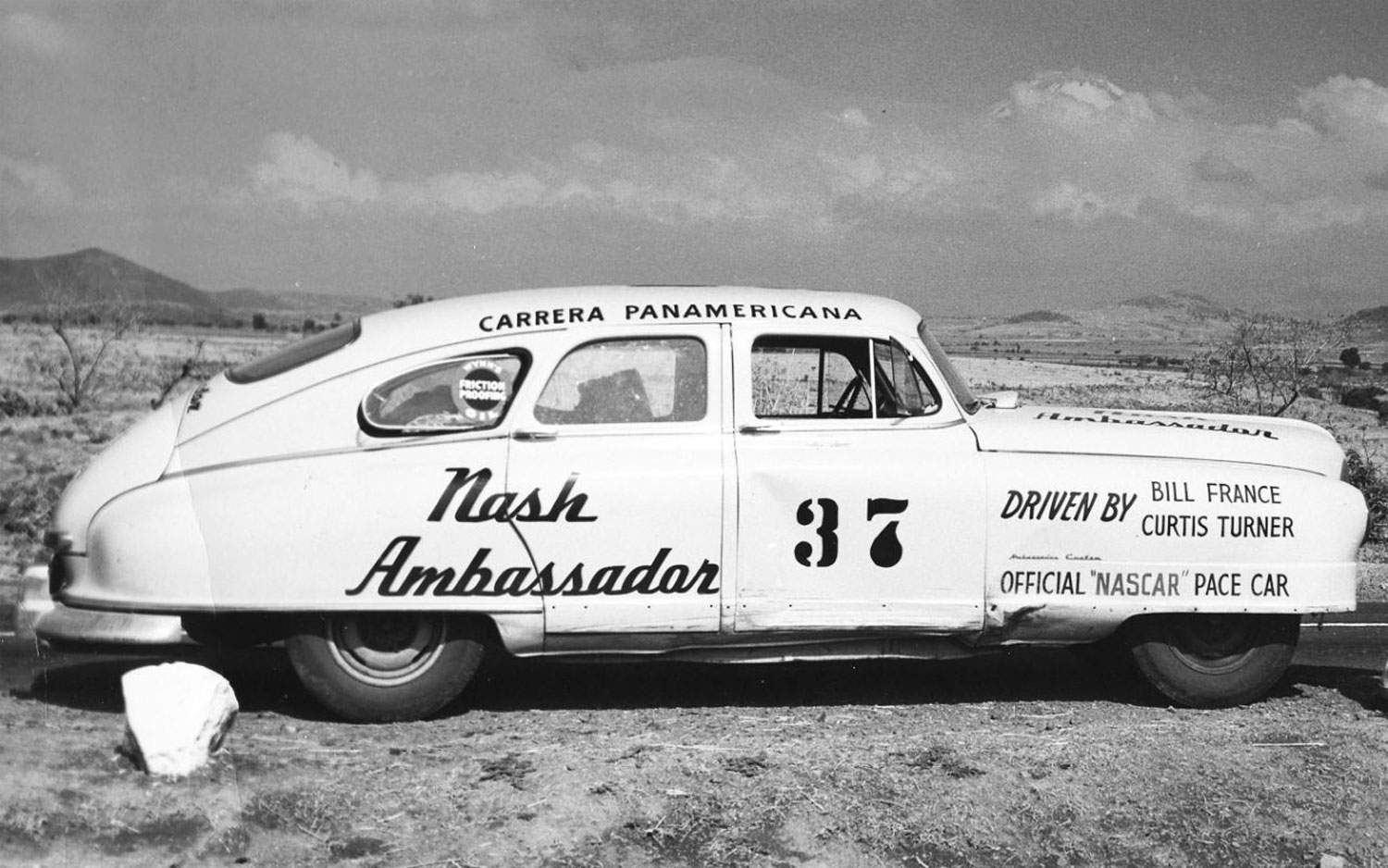 Women in the 1950 Mexican Road Race

At one time not so long ago, women in sports barely rated a footnote in the newspapers. Back then, it was assumed that women were mostly interested in cooking and shopping. Ice skating, tennis and golf were acceptable women’s sports, but certainly never motorsports—that was a man’s world.

There’s nothing wrong with shopping, cooking, ice skating, golf or tennis, but contrary to popular belief, women have always been interested in and participated—as much as men would let them—in motorsports!

Although it’s not generally known, women raced in the first Mexican Road Race, and a greater percentage of them finished that race than did the men who raced along side (and sometimes behind) them.

The first Mexican Road Race was held over six days in May 1950, to help celebrate and call attention to Mexico’s completion of their 2135-mile section of the Pan American Highway. Mexican president Miguel Aleman, a car person at heart, put the weight of his office behind the race, $38,610.40 in prize money was offered, and 131 cars eventually took part in the race. The teams included 59 entries from the U.S., 57 from Mexico, and others from Columbia, Venezuela, Italy, France, China, and Peru.

Nine of the entries had women drivers or co-drivers, including seven from the U.S. One U.S. team had an all-woman crew. Fifty-nine cars finished the race, including five of the seven entries with women crew members. Two women drove the entire race. The highest placed woman driver was from Columbia, and she finished in 33rd place. Of the women who participated, one was an actress, and one was a grandmother sponsored by a brassiere maker. The all-woman team was from San Francisco, and they finished 47th in their ’50 Buick.

Most people remember that the race was won by Hershel McGriff and Ray Elliott from Portland driving a 1950 Oldsmobile. Car number 38, a 1949 Lincoln sponsored by Inglewood Lincoln-Mercury dealer Bob Estes and driven by Johnny Mantz and Bill Stroppe, almost won the race. Mantz and Stroppe were leading at the end of the sixth leg. Mantz and Stroppe lost the lead when their brakes failed. That night, Mantz developed a 103 degree temperature, but they went on the next day. On the 9th and last leg, Mantz and Stroppe were back up to 4th place and gaining, when they blew out the last of their special racing tires on the gravel roads. They finished in 9th place on three tires and a smashed and a bent right-rear rim.

The most colorful team in the race, however, was made up of Marie Brookerson of Wilcox, AZ, and Ross Barton, of Long Beach, CA, driving the number 40 car, a ’49 Lincoln Cosmopolitan owned by Brookerson. Brookerson would only admit to being a grandmother, but wouldn’t give her age. Barton was a Spanish-American War veteran, with only partial use of his right arm, and admitted to being 72.

Several months before the race, Barton, a private pilot, had plane trouble and had to set down on Brookerson’s Arizona ranch. In the two days he was waiting for parts to fix his plane, Barton fell head over heels in love with Brookerson and asked her to marry him. She said she would but only if he drove her ’49 Cosmo in the upcoming Mexican Road Race—and only if they finished the race! She paid the entry fee, and he drove her car most of the way. Unfortunately, the Cosmo broke down just south of Mexico City.

Love triumphed in the end, and Brookerson, Barton and the Cosmo returned to Mexico City, where Brookerson and Barton were married. They lived happily ever after, presumably on her Arizona ranch.

Photos: Jim Farrell and other sources.