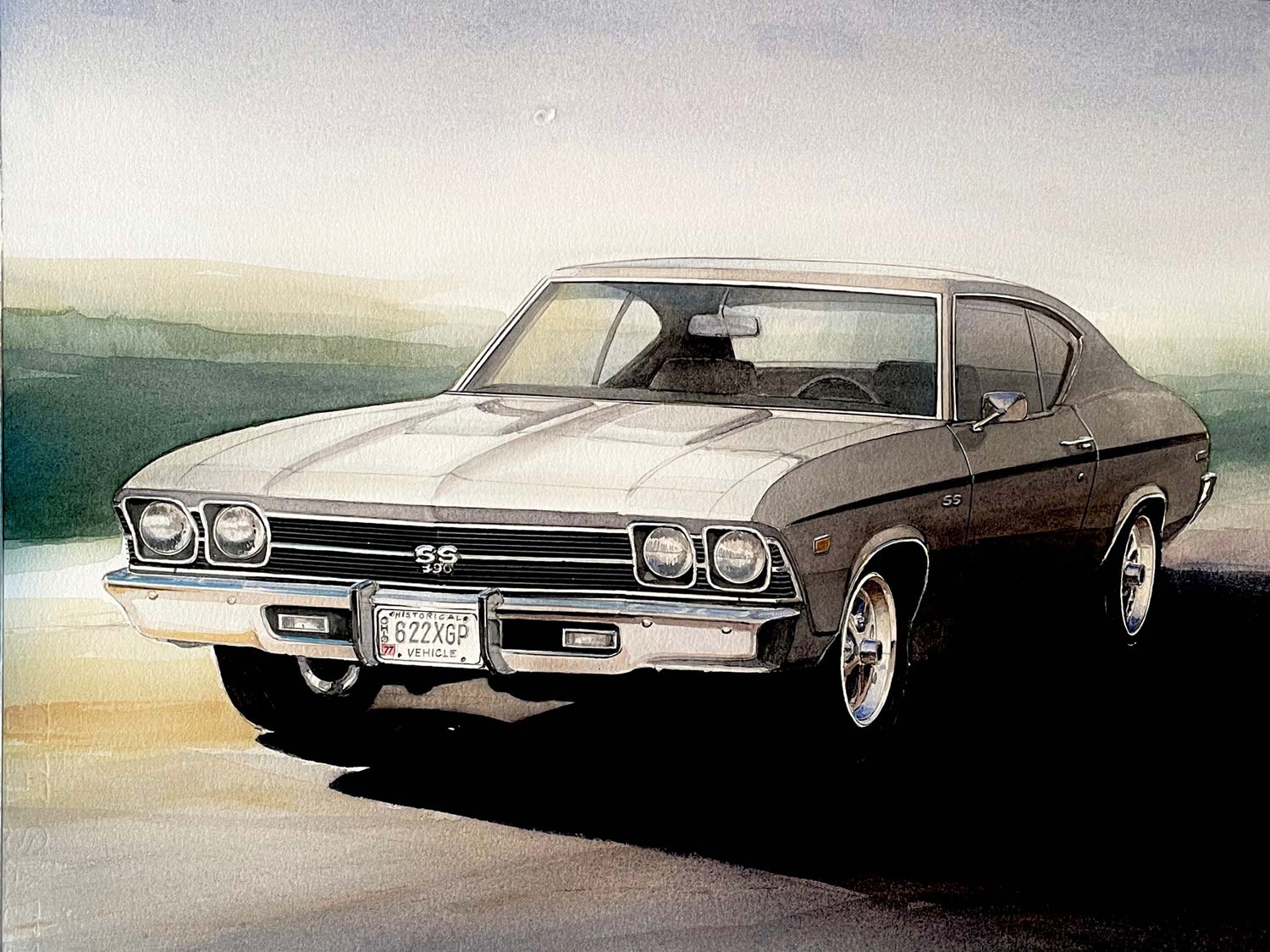 I’ve always been comfortable with watercolors and decided to use the medium to paint pictures of my cars. After my younger brother’s sudden death in 1981, his 1958 Corvette was given to me with the promise I’d restore it, as was his intention had he lived. After completing the restoration, I entered it in a NCRS Corvette show at the GM Tech Center and it won best of show. My brother would have been proud.

It was the first of the paintings. I was pleased how it turned out, and it gave me the confidence to paint others.

My Wife Marie had little trouble encouraging me to own examples of my more than 23 years designing Cadillacs—12 years as Chief Designer of all of Cadillac’s exteriors (except the Allante), as well as the three years as the Chief Designer of the Advanced Cadillac studio. The remaining illustrations are of cars owned by friends.

I was lucky to have worked with a lot of talented people that made work a pleasure. We inspired each other with our ideas and the ability to communicate them into a product a lot of people wanted to own.

Now how rewarding was that?