I knew and worked with Ray for many years. I think he was an aesthetic and mathematical genius.

He was a terrific artist and sculptor and he would offer to do anything that he could to help anyone. He had an impact on the lives of many.

When he retired there wasn’t a single sculptor in the building that did not have a copy of one of the special tools that he had created. Some were done in volume for the 125 sculptors in the building, duplicated in the shops. His special curves and drags were used by sculptors on every GM car. He created many modeling devices that the union was furious about as they simplified the modeling process and eliminated union work. He was very intrigued by the idea of somehow creating a device that could drag a cone on a clay model. We all had many discussions with him about that but could not figure out how to do it.

In Chevrolet Two Studio where we were working together and the Lumina APV was designed he got tired of dealing with ‘Machine Dynamics’ every time we set up a clay model. He went into the math used by the engineers that were in charge of all the full-size platforms in the building, and they had a meeting in the studio. I am sure they agreed to that as they were going to prove him incompetent. Ray went over their formulas with them and found a mistake in the math! The process had been used for years at Design to set the rails and end pieces in all of the studios. Wrong. This caused the sculptors and studio engineers to pull out their hair in trying to line everything up. This happened every time they set a car up after an outside show.

Ray liked to make up puns and sayings based on existing puns and sayings. Like, “Rome didn’t burn in a day,” or “You can lead a designer to water but you can’t make him drink.”

Shortly after arriving in Chevrolet Two, Ray suggested to Dick Olze (the studio engineer) and myself that we run the studio like a Teaching Hospital (his wife was at that time in the hospital and he saw how they operated). The idea was to train the entire studio staff not to just achieve and be competent at their job description but to be taught and experience the next level of work. It worked like a charm. Six months later Bill Doering, responsible for all the sculptors in the building came into my office to see me. “Dick,” he said, “I can’t give you all of the best modelers in the building!” I was shocked as we had not requested anyone since the day that Ray and I came in the studio and I had told him that. “I know that.” Bill continued, “But all the best sculptors are putting in for transfer to Chevy Two. They heard what you are doing and they want to be part of it.” He knew what we were doing as I had told him before we started. “Well,” I said, “Why don’t you do it all over the building?” “I tried,” he said. “People just see it as added work and they can’t do it.” What they neglected to realize was that once everyone was trained at a higher level all the work got easier, and the studio staff became more flexible and more efficient. And everyone in the studio saw it as a real opportunity for advancement.

In the late sixties Ray and Jo, his wife, started a real estate office as that was her business. At night, Ray worked with Jo in real estate, training agents and setting up the math for all the offices on deals for commercial sales. They started with one office and in about two years they had six. Word got around the business and salesmen from around the metro Detroit area were wanting to be hired so that they could work with Ray.

Ray and Jo also did other things. They raised two Weimaraners that won many dog show championships.

Ray also studied health and the body very seriously. He played table tennis and was very good at it. He trained his daughter Susan and she became, with another young woman, National Women’s Doubles Champions. That went on for several years.

Chess. Ray played chess for many years with different people around the building but got away from it when he moved on to table tennis. After several years the chess players at design were challenged to a Tech Center Championship game by the Research Staff, mostly PHDs. The players at Design decided to ask Ray to come back and play for Design as they said that he was absolutely the best player in the building. He had not played for several years and was reluctant to do it. He said, “I am out of shape mentally.” They persisted, and Ray being such a good sport, consented. Practice games were set up with all the chess players at Design, and Ray ultimately played Research. He won the match.

Research had requested the match to embarrass Design, never thinking that we had a chess player of Ray’s caliber. They were very embarrassed as somehow the results of the match appeared in the Tech Center News.

(Nick Houvres, a sculptor who worked for Ray at one time in Overseas Studio where he was the Assistant to the Chief Sculptor, recalls this incident: Ray and I worked together in many studios. He grew up in Chicago. When he was about 14–16 he was in a chess tournament and played the world champion Bobby Fisher. He was doing so well some guys watching noticed and spoke softly and said, “Hey, the kid is going to beat Bobby Fisher!” He heard the comment and then choked. Ray used to play guys over the phone at work. No board. He remembered the whole board. They would tell him their move and he would respond and hang up. Never lost.)

He had a great sense of humor and when he and myself with Nate Hall were working in Studio X on the TASC4GT, one day he put a quarter into the milk vending machine, but did not get a carton of milk. Instead a piece of the machine came out, some kind of counterweight. So Ray said to Nate, “Well, I paid for it, I guess it’s mine.” A security guard was walking by and saw and heard what had happened. Later there was a knock on the studio door, we rarely had visitors and the person who filled the milk machine and a security guard were there to get the piece that had fallen out of the machine when Ray put his quarter in. A very funny conversation took place between the three of them and finally Ray relented and gave up the weight. He did get a carton of milk.

After he retired he was asked if he would be interested in going to Korea to help a new car company that GM had a new relationship with. They needed help in setting up a design organization, equipment, etc. Ray and Jo went to Korea for three years. He was assigned to Design and proceeded to start work with the VP of Design at their Tech Center. About a month later they were visited by the head of the Technical Center and Ray was proudly introduced to him. He spoke English very well and they had a nice conversation, he had spent time in America in school.

About a week later the Design VP spoke to Ray about changing his assignment to work directly with the head of the Technical Center on organizational strategies, three weeks there, and one week at Design. Finally he was recognized for his great intellect. He worked directly with the head of the Tech Center as an assistant for the rest of the three years. When he and Jo left, there was a great party held for him.

I was so lucky to be able to work with Ray at five different, very productive times; Overseas Studio, Studio X, International Studio, Chevrolet Two Studio, and Cadillac Studio. Ray retired from Cadillac Studio after we completed the design of the 1992 Cadillac Seville and Eldorado.

A wonderful person, Ray may of been the nicest person that I ever met. He was without question the smartest. He was my great friend and advisor, he never sought credit. Every night at work wherever we were, when I left the studio he was usually sitting in the corner planning the next day, making notes.

We learned to move the design of our clay models so fast that Design management could not keep up with us, so instead of being directive they became reactionary. We had control and were setting the direction, not management. With Ray’s organizational skill and help creating the clay models, we were able to create many new design concepts that others could not. We could prove out new design concepts that built management confidence in our designs. Consequently our work was steady and always moving forward.

In Cadillac Studio, without a design that was thought good enough by anyone including the studio staff, we had a partially completed full-size model that had to be ready in two days for Chucks Jordan’s review. We had a side design but there was not time enough to model it.

Ray stepped up and said, “We will clean it up and make a smooth surface on the side, Di-Noc it silver and the designers can do an airbrush rendering on it”.

I was stunned. No-one had ever done that before, that is to illustrate a body side design on a clay model. In a matter of hours it became the 1992 Seville design. Chuck saw it and loved it. Two weeks before the release date we had arrived at the final design that everyone was enthusiastic about. Ray had saved us after two years of extreme stress.

Patient and thoughtful.
A great man.
A great humanitarian.
A great artist.
Admired by many.

Ray was a winner in everything that he tried to do. 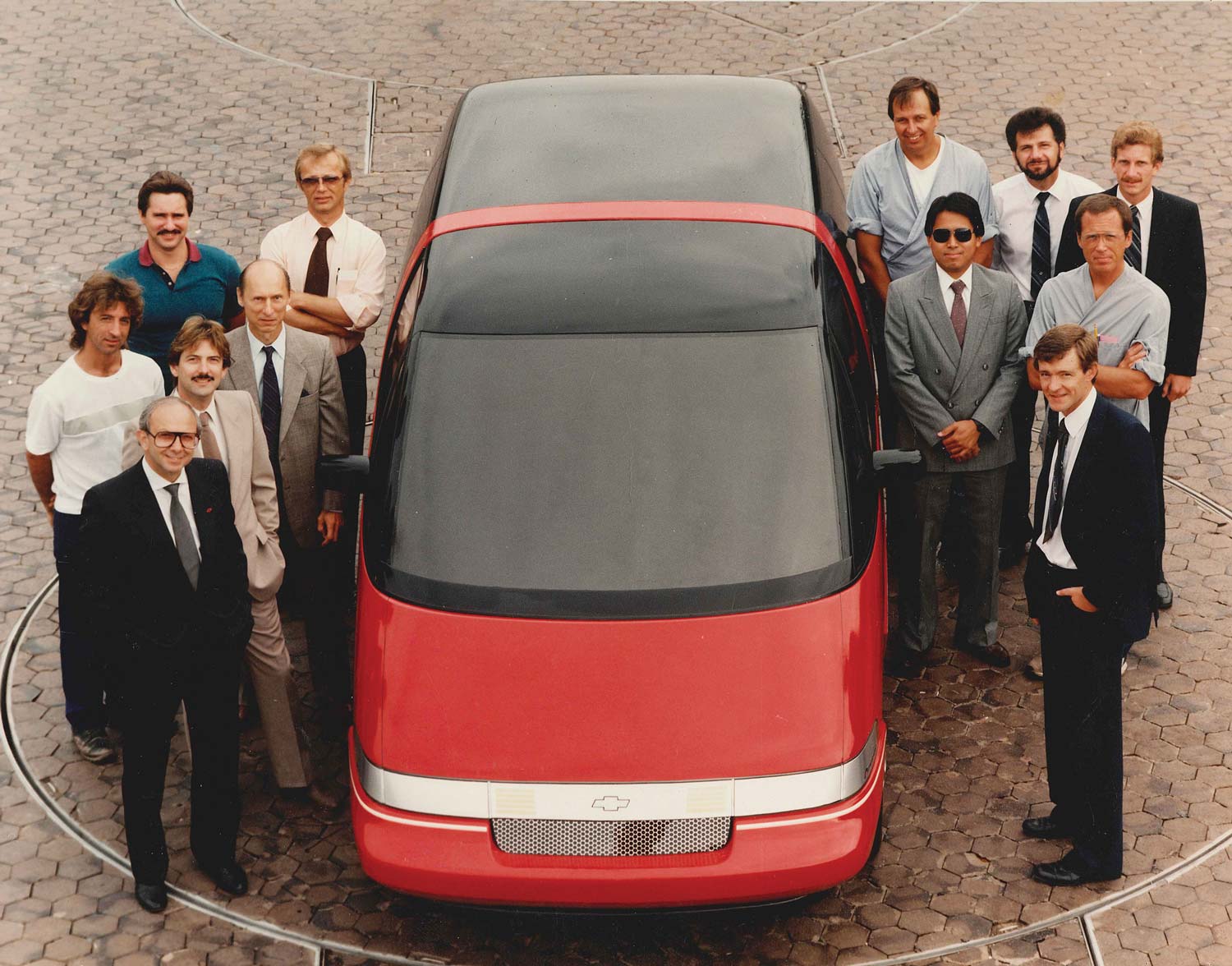 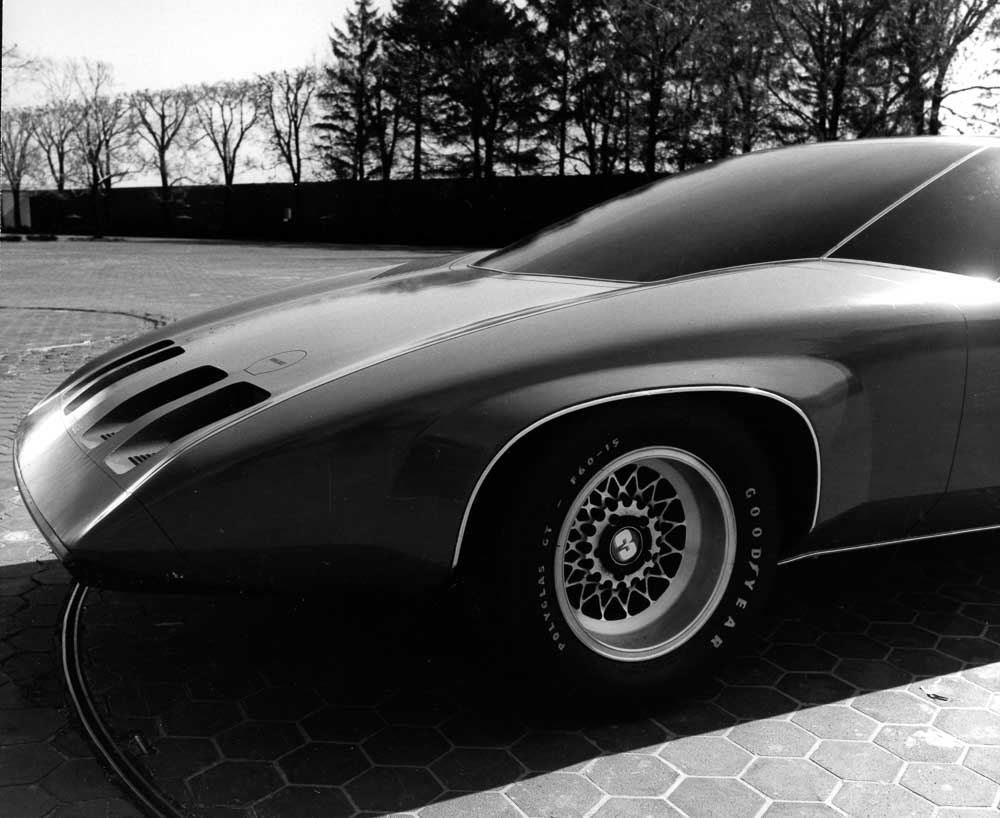 A close-up shot of the TASC4GT front end, modeled in clay to perfection by Ray to be cast and made into a fiberglass model. Ray modeled the entire car himself with the very basic help of Nate and myself, known as the “clay dog team.” With a very good scale model, Ray created a pantograph to enlarge the sections from 1/3rd scale to full-size. The finished full-size was sent to the plaster shop to be cast in plaster so that it could be made into a fiberglass model. 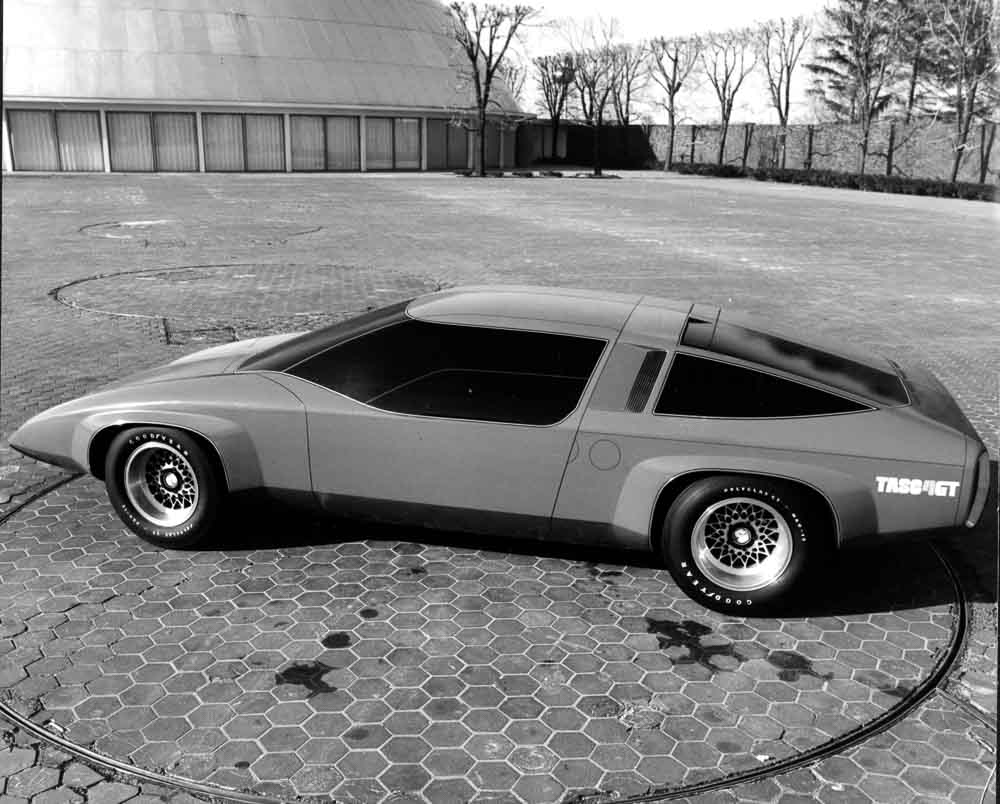 The TASC4GT, modeled entirely by Ray. This is probably the only car in GM Design history that was designed, engineered and modeled by only three people. It took six months.