The ‘59 Chevrolet and the Ford Quicksilver 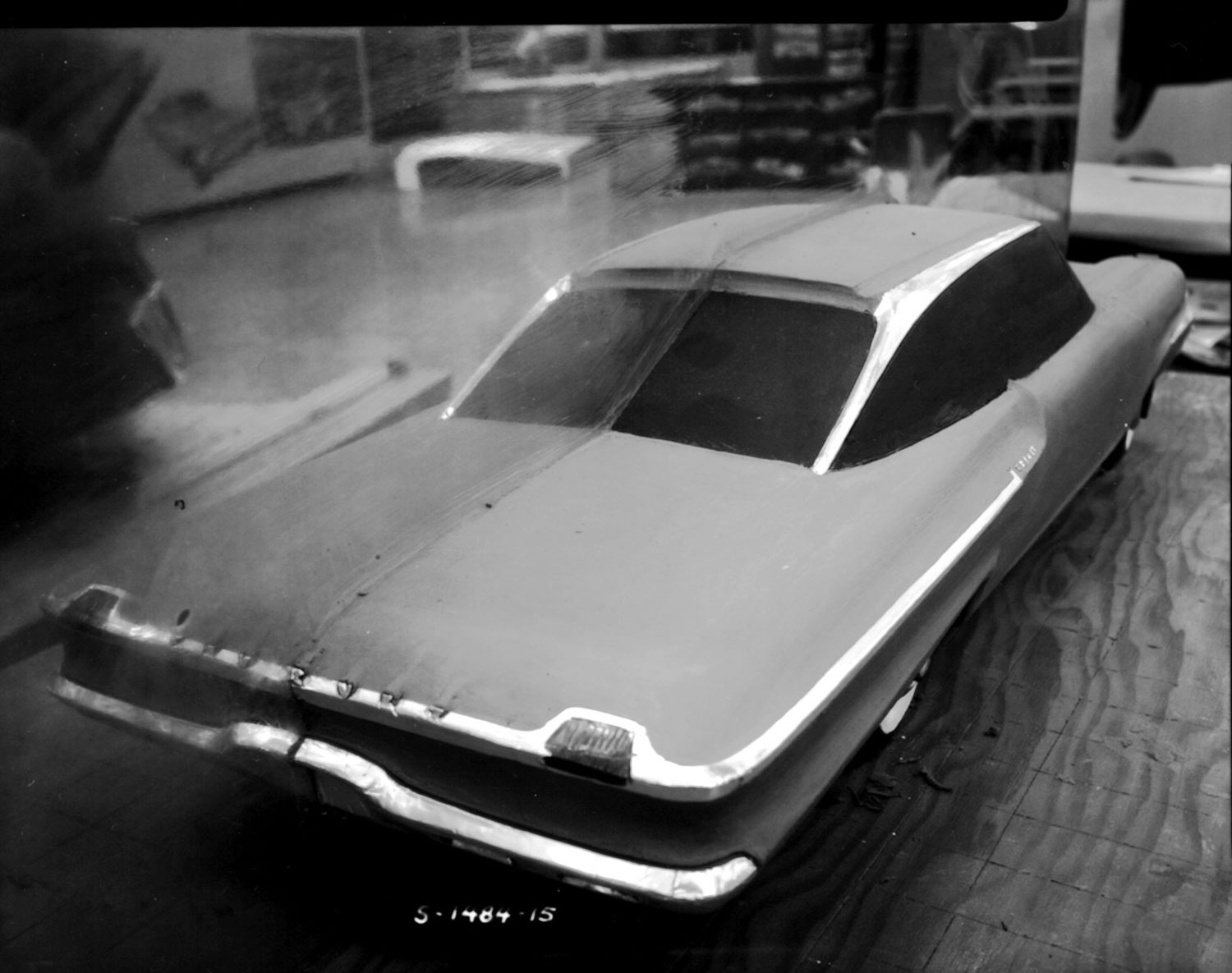 The ‘59 Chevrolet and the Ford Quicksilver

Whether they admit it or not, GM, Ford and Chrysler all used spies to find out what other car companies were planning. It’s now called “industrial espionage” but it used to be called just plain spying. Ford was late in getting into the spy game, but by the mid-1950s the Ford Marketing department had set up a small studio in the basement of the Ford Design Center. They hired two Ford designers, Ken Nelson and Bill Boyer, to clay model competitors’ cars in the evenings after their workday was finished. One of the full-sized clay models of competitors’ cars Nelson and Boyer built was based on “information” the Ford Marketing department had obtained from a friendly tool and die maker who did work for GM.

Ford first became aware of the finned, “forward looking” cars Chrysler planned to market in 1957 at roughly the same time GM did. As a result of knowing what Chrysler was planning for 1957, GM changed design directions for its entire ‘59 car line. Ford’s response was to wait and see. One result of Ford’s wait and see response was the boxy ‘59 Ford.

In 1956, Joe Oros was appointed head of Ford design studio. He encouraged Ford’s wait and see response—and the design of the ‘59 Ford. As a backup plan, Oros also decided to begin designing Ford’s own finned car proposal he simply called the Concept. The Concept was designed in the Ford Preproduction studio. It was based on Oros’ sketches and design ideas, but the actual design work was done by Ford designers Jim Darden (manager), George Barbaz, Stu Denker, Chuck Mashigan, Chuck Harbison, and Jack Telnack. Oros followed the progress of the Concept daily offering plenty of his own suggestions. Most designers agree that Oros personally directed, approved and suggested many of the features of the Concept’s design. Oros’ general design idea was to create a proposal that looked long with fins that laid on top of the deck lid, but that were integrated into the entire design, front to rear.

After the Concept was finished, and as more and more of Ford’s management stopped by to see it, the consensus soon became that it showed the new design direction Ford needed to follow. After that, the Concept was renamed the Quicksilver. Next, the car originally planned as the ‘60 Ford, which looked like a continuation of the ‘59 Ford with updating, was ash-canned, and a crash program was undertaken to turn the Quicksilver into the all-new ‘60 Ford. That all happened before the boxy ‘59 Ford went on sale. By that time, however, Ford was also committed to a ‘60 Ford based on the Quicksilver.

You can imagine the reaction at Ford when their boxy ‘59 Ford won design awards and outsold the bat-winged Chevrolet. By then, however, it was too late to change the design of the ‘60 Ford, which was the second totally new Ford built within 2 years. The ‘60 Ford was designed and engineered in such a hurry it had all kinds of problems which hurt sales. There may or may not be a moral to this merry-go-round of a story, but the story itself sure is interesting.

How GM’s Radical 1959 Chevrolet Came to Be