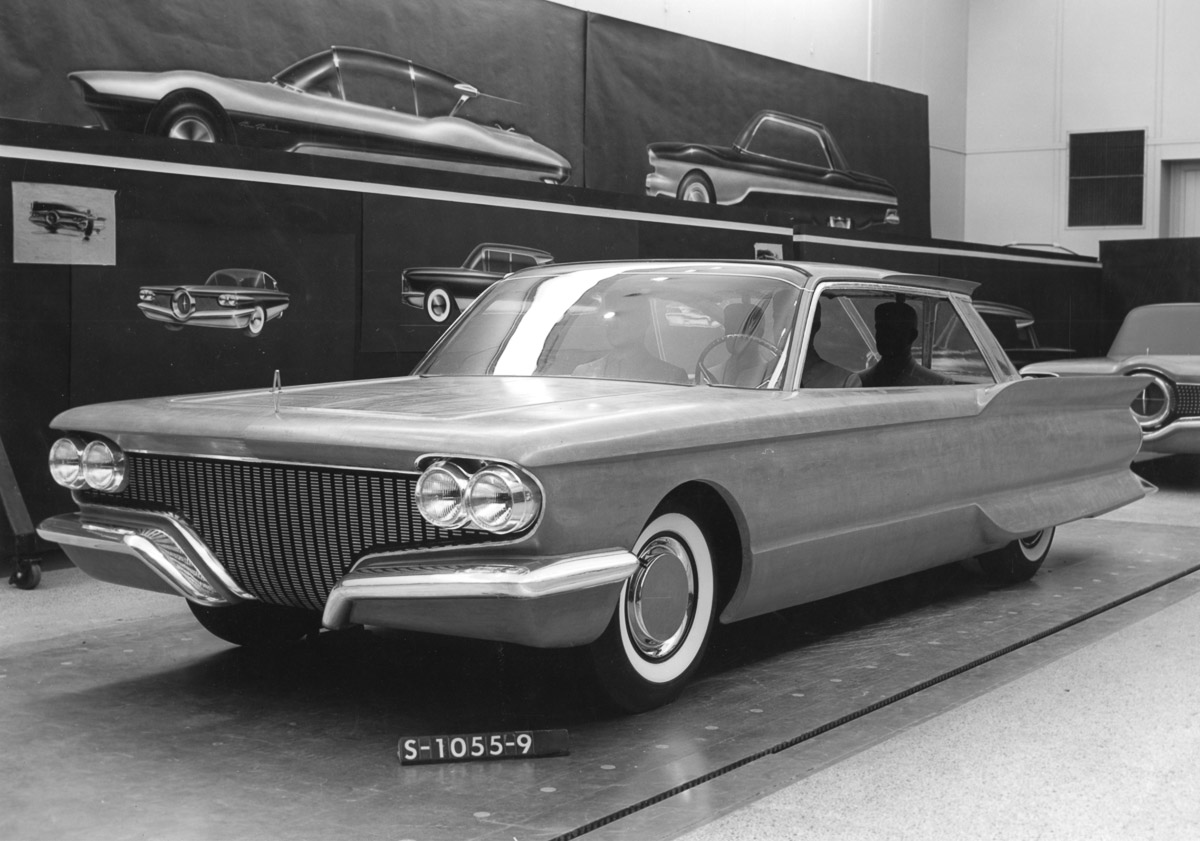 These are some of the most interesting photos. They are from Arnott “Buzz” Grisinger.

When McNamara was placed in charge of all cars and trucks upon Crusoe’s retirement in 1957 (because of a heart attack), McNamara, who was head of Ford, was promoted to take Crusoe’s position. McNamara had clay models created to test parts interchangeability between car models (like GM).

The interesting part is that a former product planner wrote a book stating that he and other Lincoln-Mercury people found out about GM’s interchangeability program and created a presentation. Ford executives told them never to show that stuff again. Several years later MaNamara took up the cause.