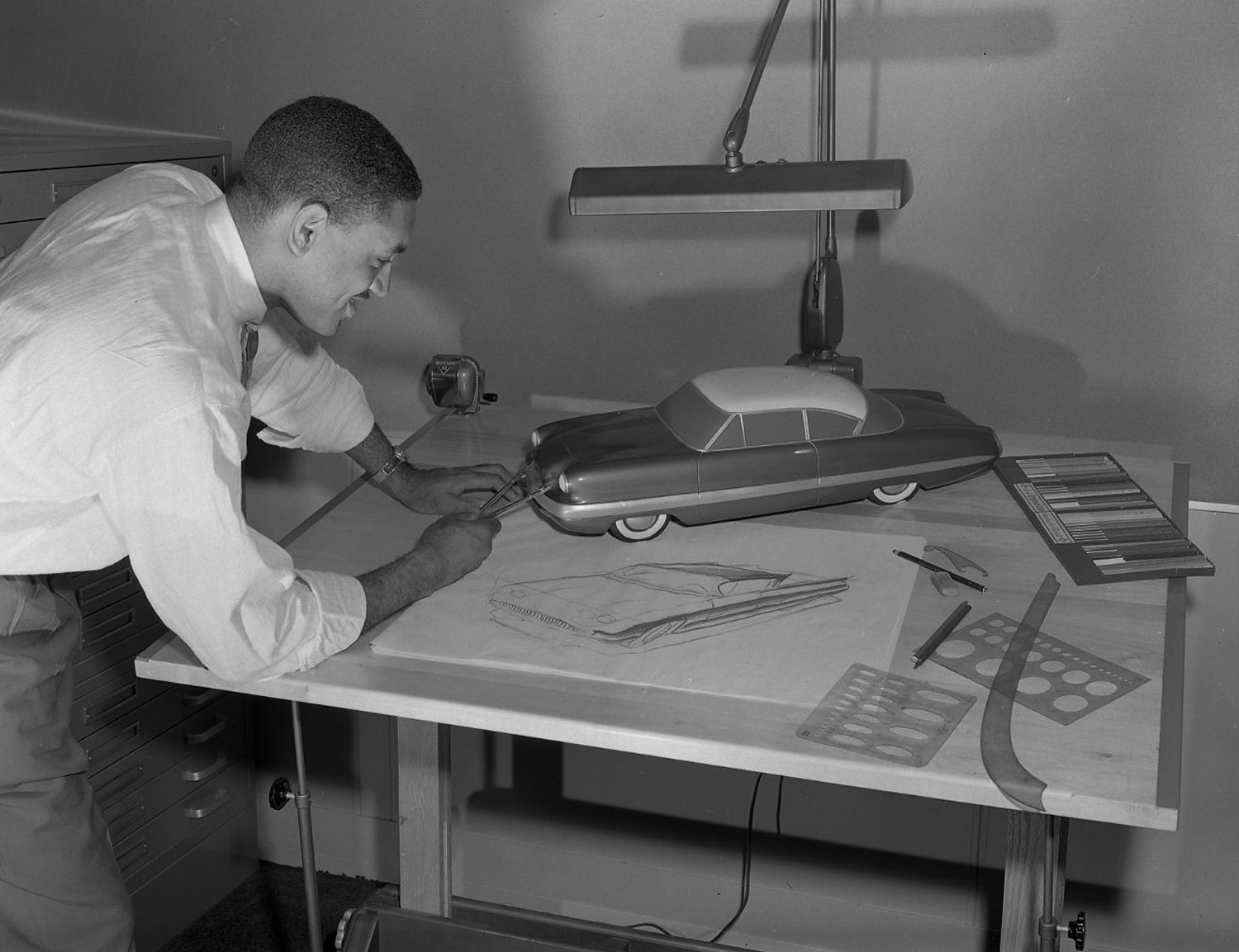 From the time he saw a new DeSoto Airflow on the streets of New York City, Mac Thompson knew he wanted to be a car designer. After he graduated from high school, he served in the Army Corps of Engineers. After he was discharged, Thompson studied mechanical engineering at the Neptune Veteran’s School and then started his career as an engineering layout design coordinator for the U.S. Army Signal Corps.

Ten years later he was working for the Signal Corps in New Jersey. He was married, had children and was buying a house when he was awarded one of four Motor Trend magazine scholarships to study automotive design at the Art Center College in Los Angeles. He and his family moved to California where Thompson started at the Art Center College in 1953. He graduated in 1956 and was hired by Alex Tremulis as a Ford designer.

Thompson’s first assignment was in Tremulis’ Advanced studio where he prepared sketches for the Gyron concept car. Thompson’s real interest was in designing trucks and, after six months in the Advanced studio, he was assigned to the Truck Pre-Production studio where he helped design the Light Cab Forward. He was also one of the designers of the original Ford Bronco, Big Red, and Project Venus.

Later in his career, Thompson worked in the Falcon and the Thunderbird studios. He also helped design the ‘64 Thunderbird, did early design work on the GT-40 and the 1978-79 production trucks. Because of his engineering background, Thompson established and was subsequently appointed manager of the Appearance Development studio, where design changes proposed by Engineering were modeled for Design Center review. Thompson’s last Lincoln project was supplying the electronics for the 1983 Lincoln Concept 100 showcar. 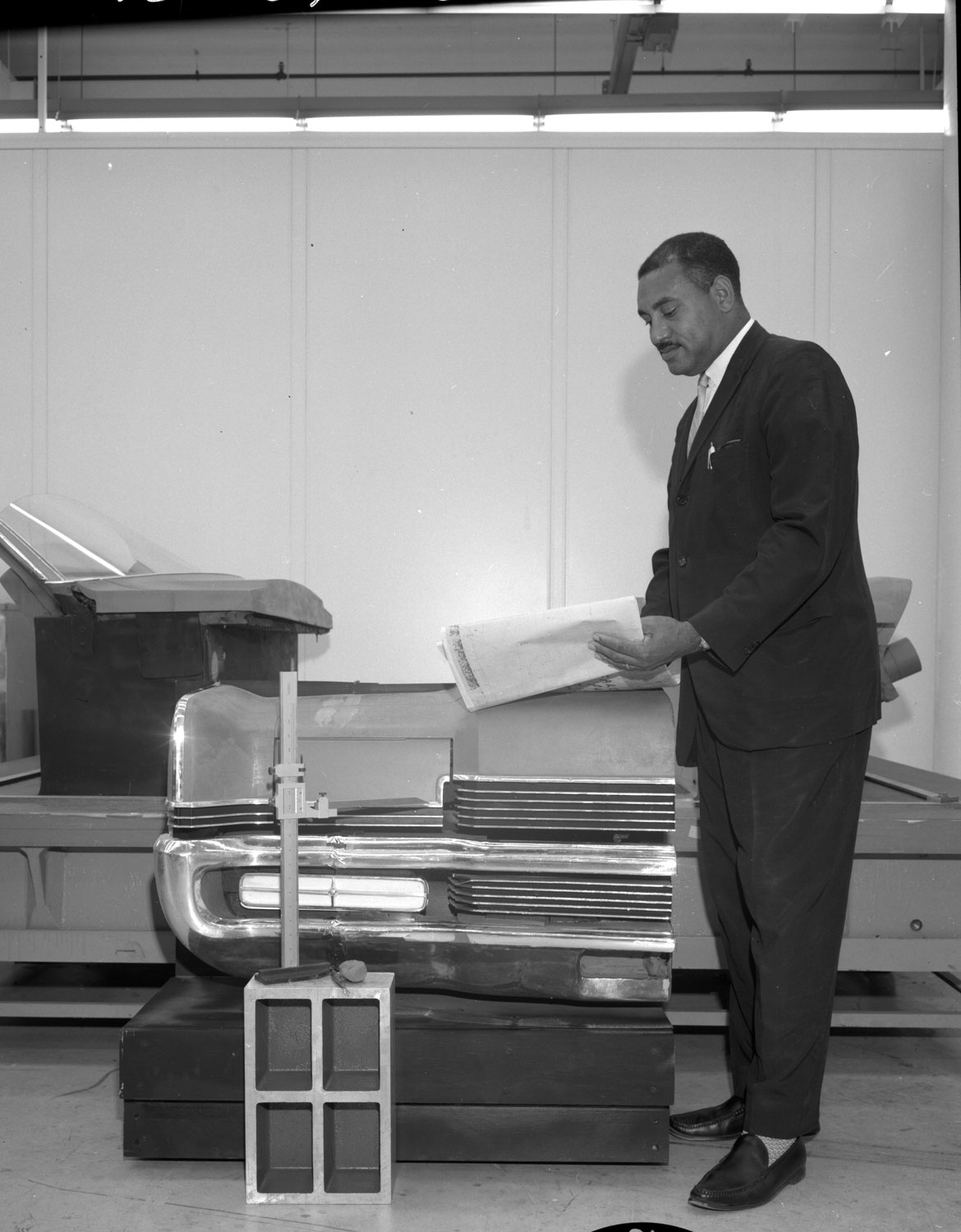 1968 Design Center. This is a portion of a Mercury Thompson revised while in the Appearance Development studio. 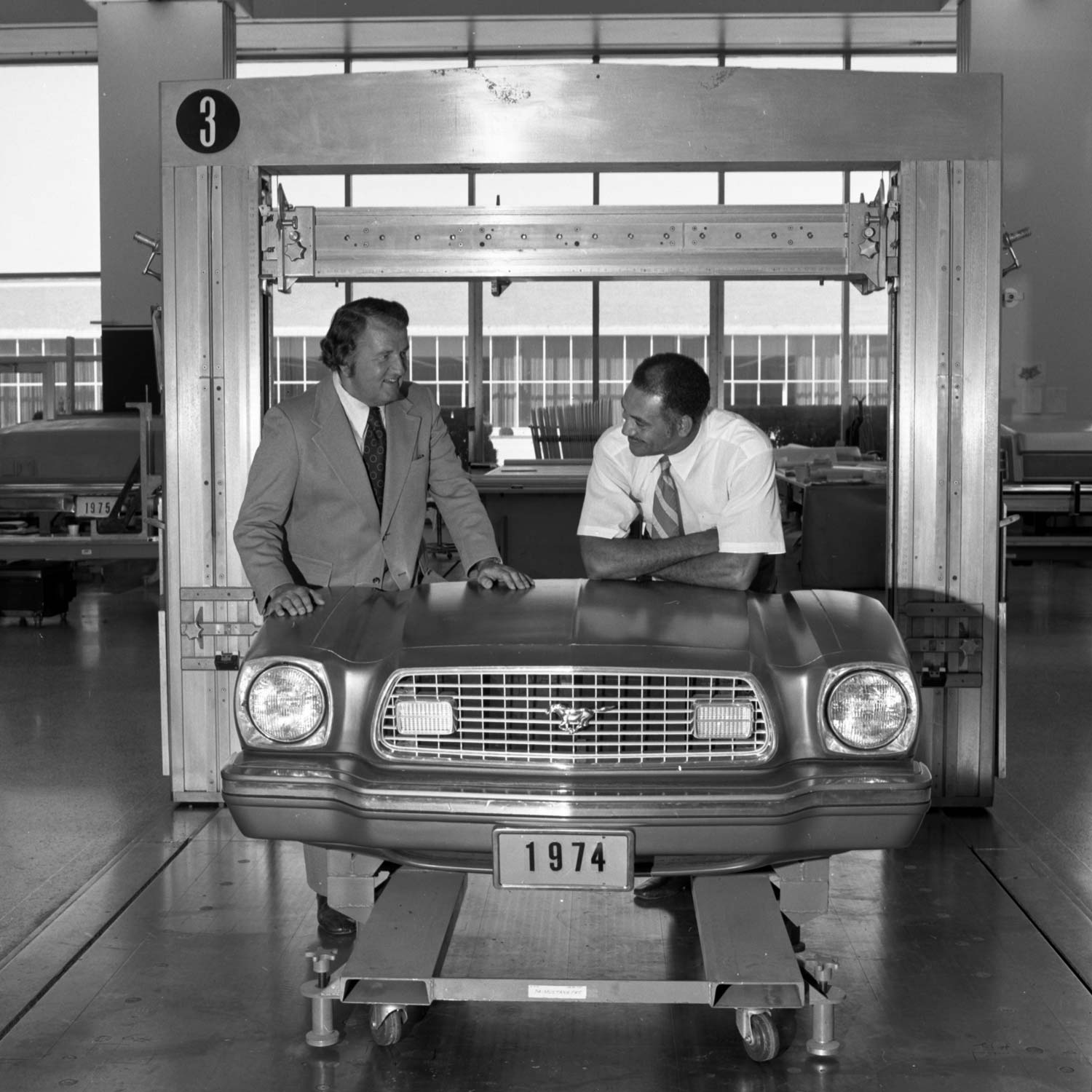 1974 Design Center. Don DelaRossa (L) and Thompson behind the front clip of the ‘74 Mustang Mac worked on. 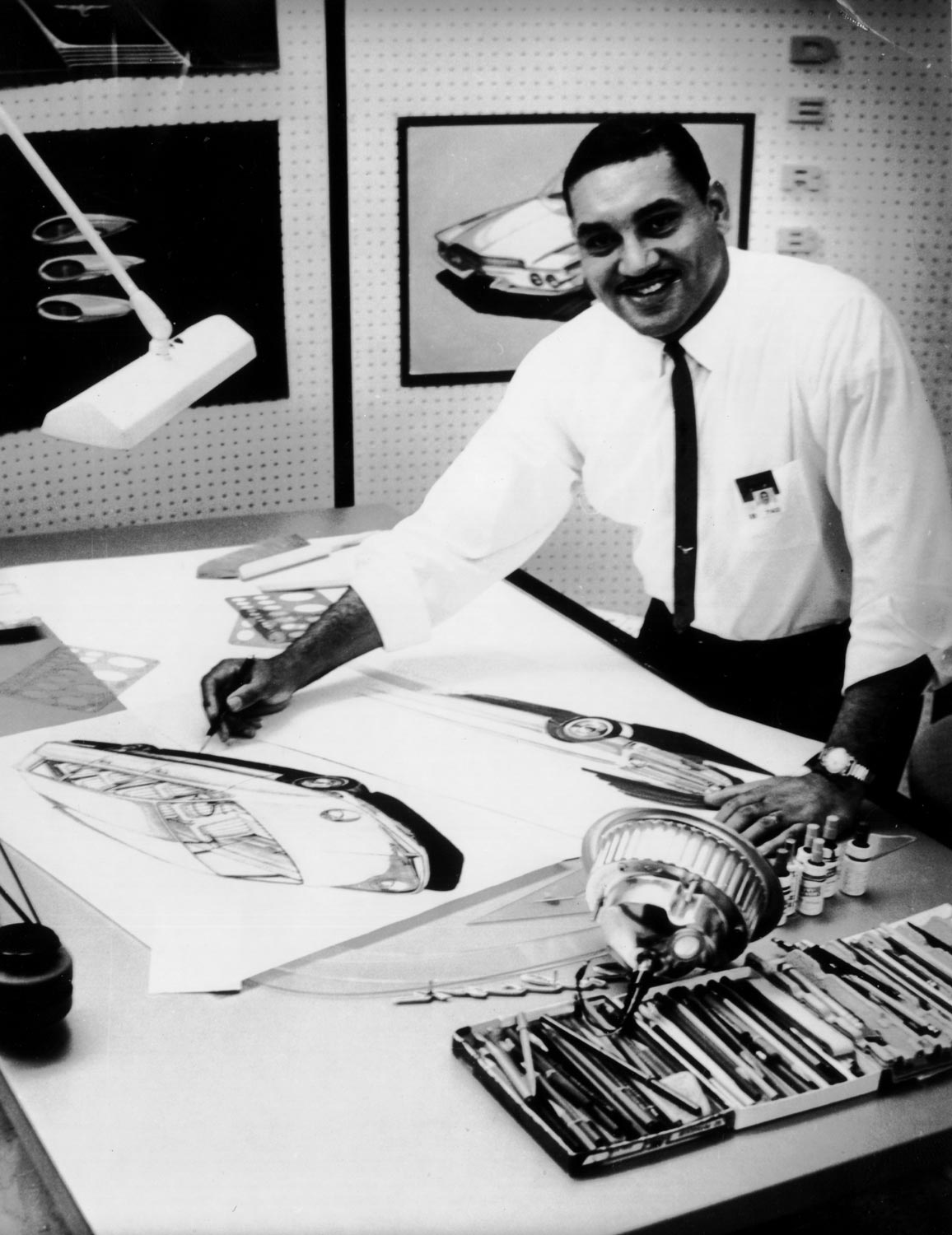 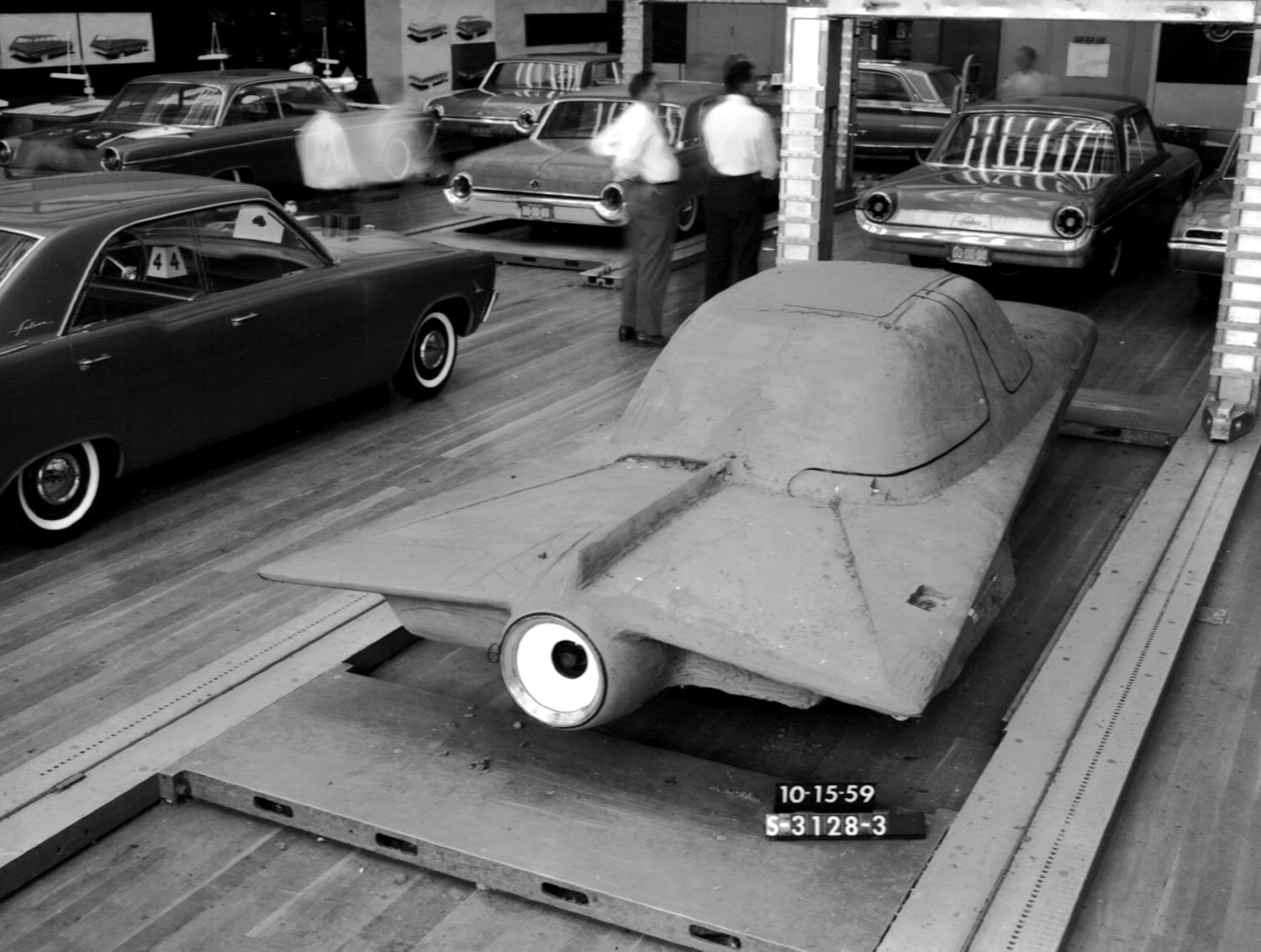 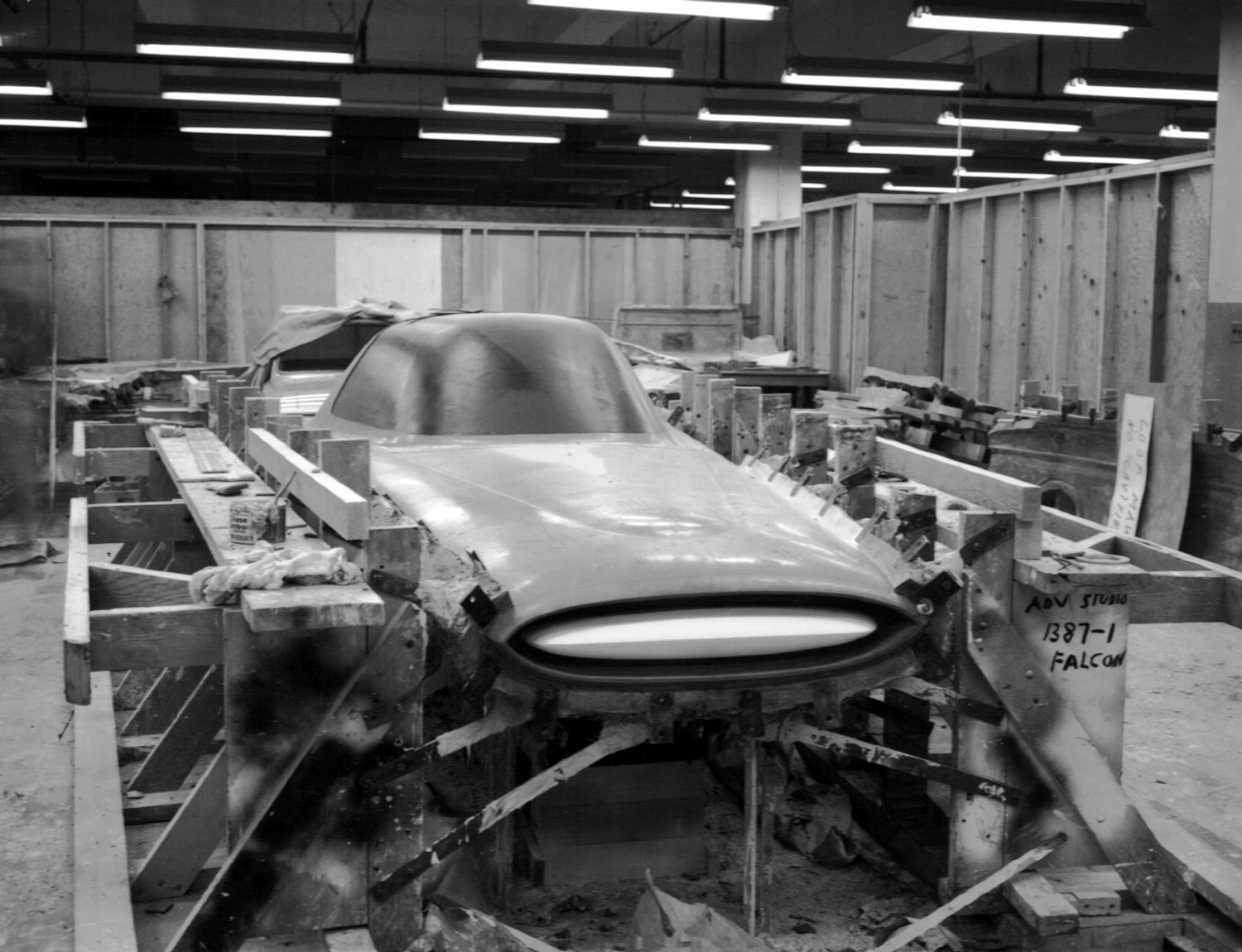 Gyron 1: Thompson helped design the Gyron concept car, here shown being made into a fiberglass model in the Ford shops. 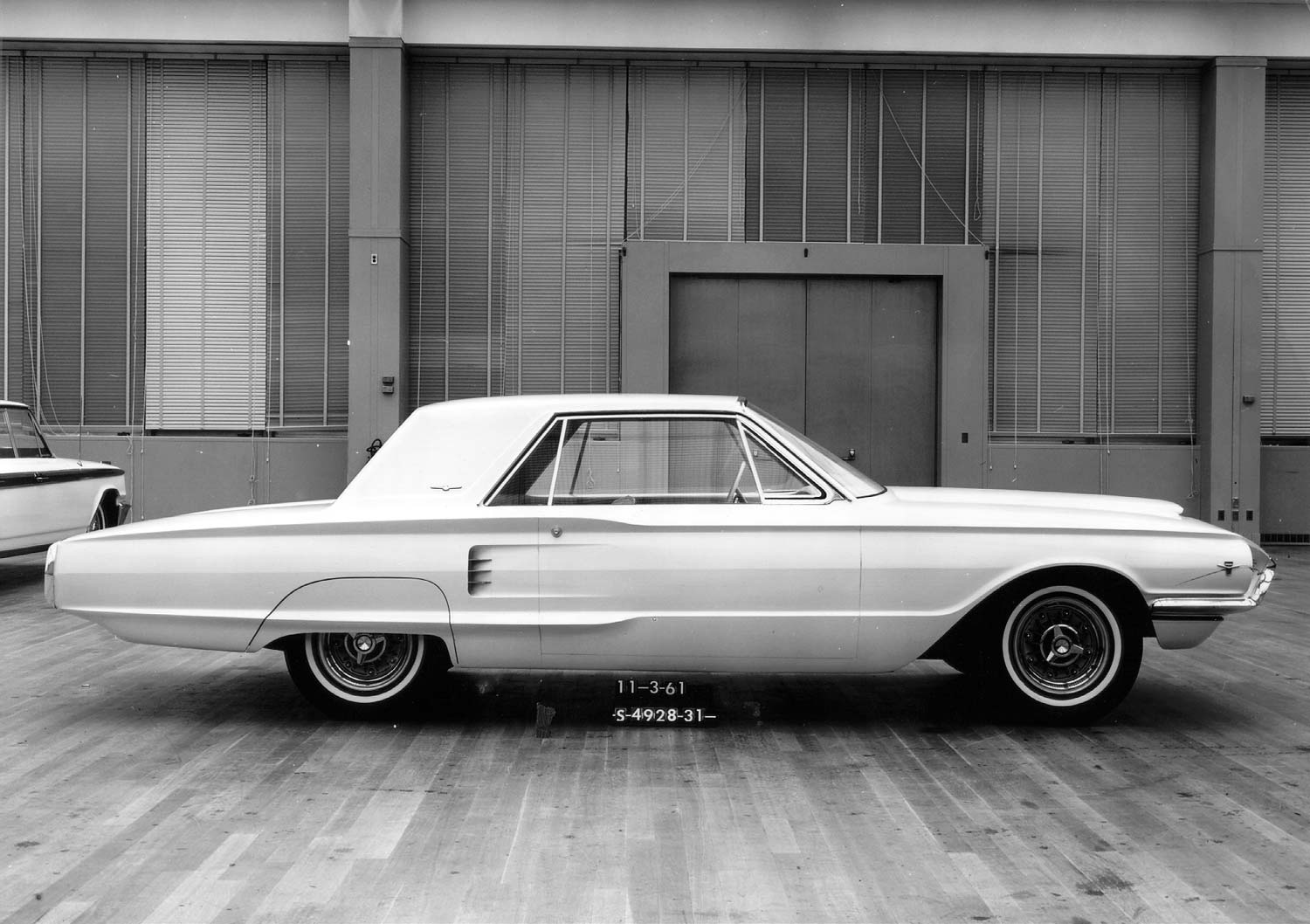 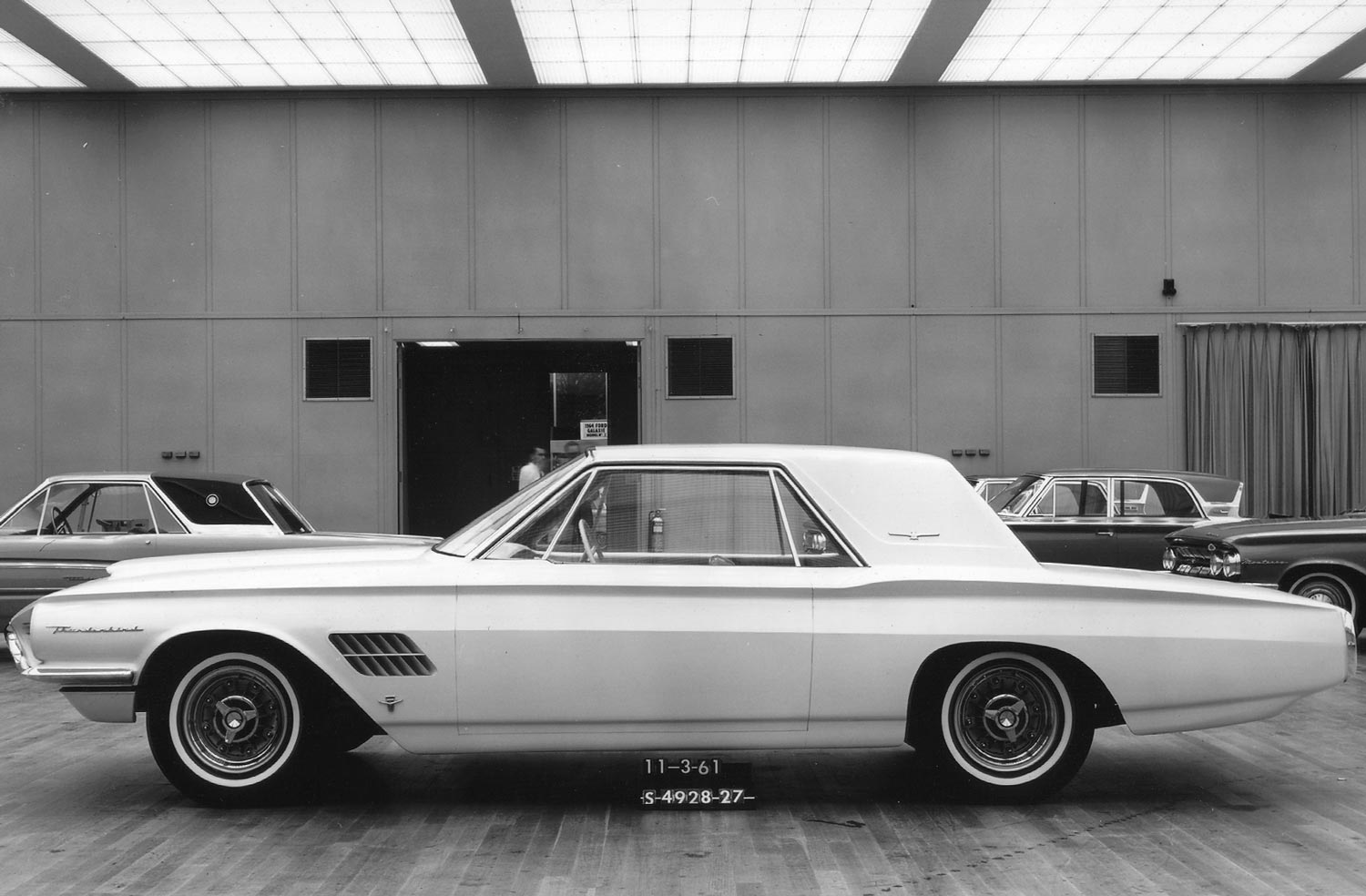 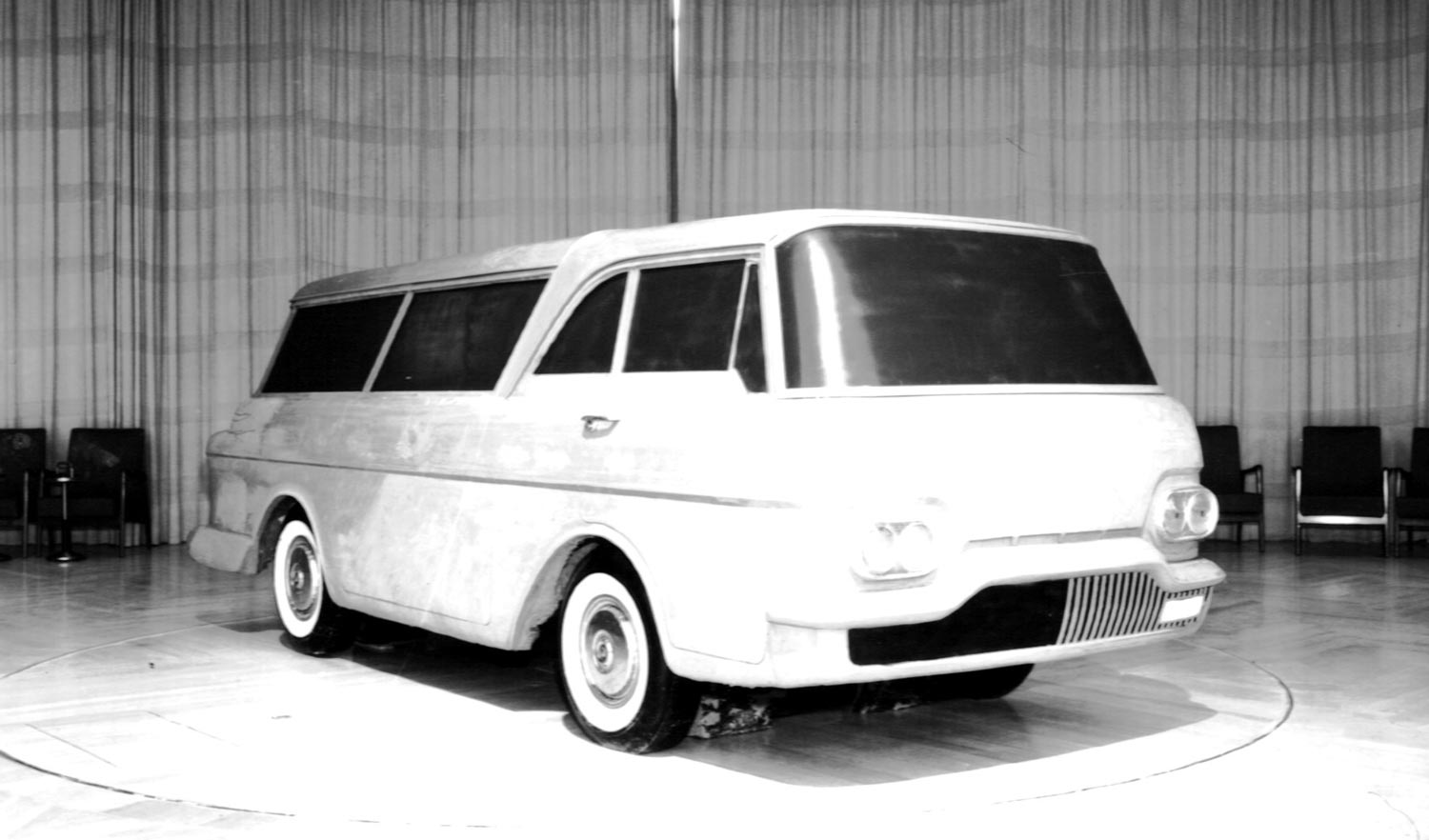 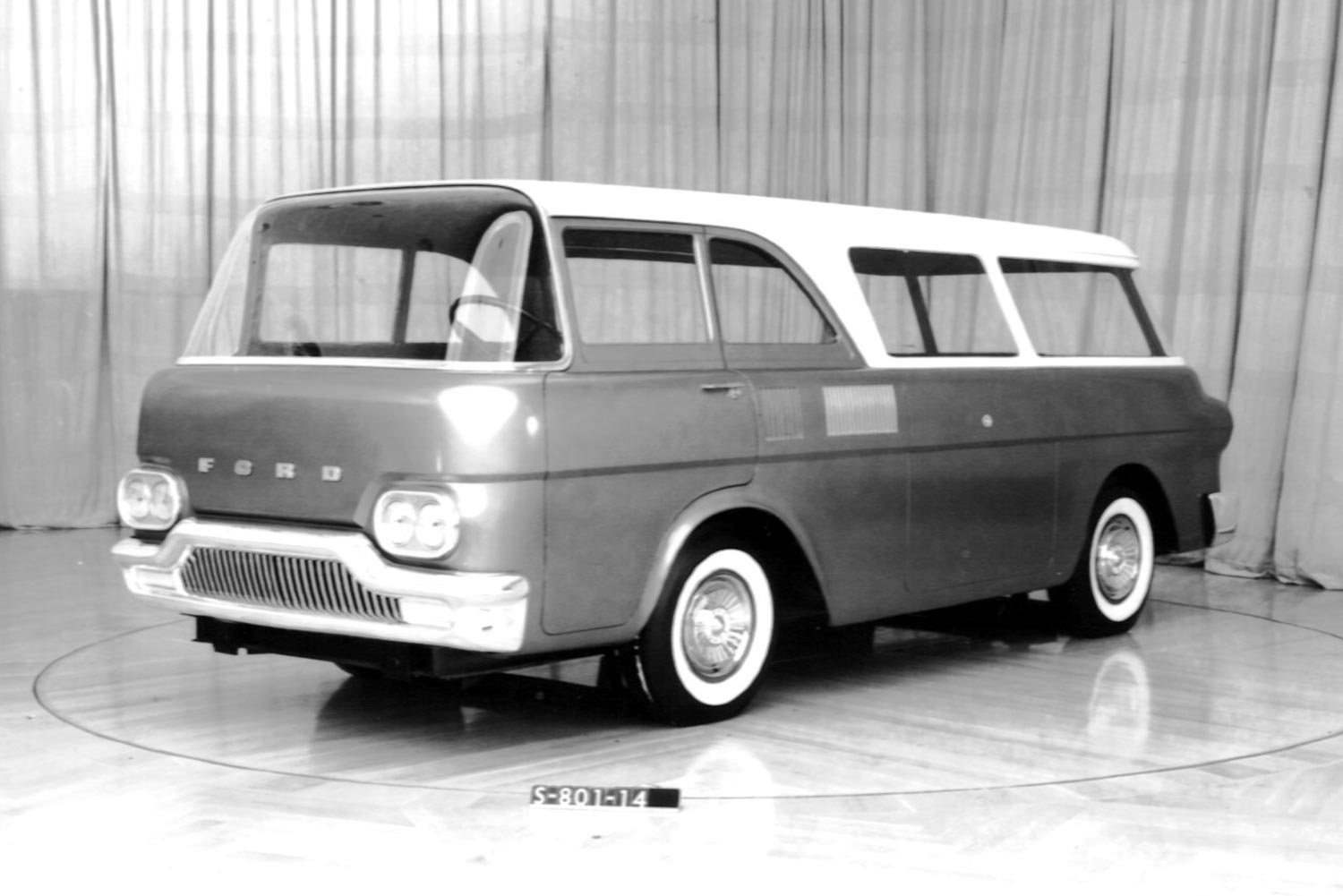 Thompson was one of the designers of the Light Cab-Forward truck, which was the inspiration for the Econoline.