(Yes, the same Stan Mott who drove a go-kart around the world.)

I was going through my old files and found this notable letter I had received in 1967 when living in Lausanne, Switzerland: 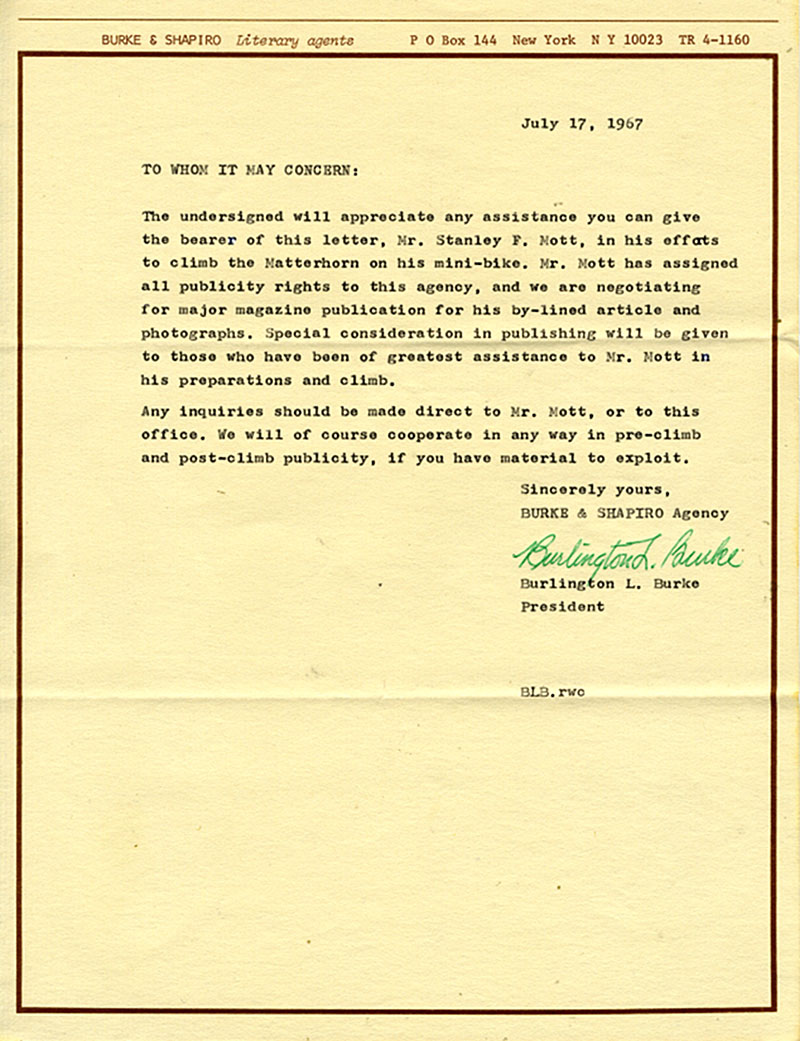 I presented the letter to top executives of two large Swiss corporations. The first read it and said he was busy. The second read it and had security escort me out of the building. I contacted other top executives of large Swiss corporations, but they had been warned off. This was a real pity as without corporate sponsorship my efforts to climb the Matterhorn on my mini-bike were doomed.

I passed the sad news on to my pal and cohort Robert Cumberford, who had concocted the stationary, wrote the letter and sent it to me. We were both despondent. But what else can one do but try to do noble things in this life? PS: The Skat-Kitty I was to ride up the Matterhorn was actually a 1965 model manufactured by Projects Unlimited, an aerospace company located in Dayton, Ohio. I did not, in fact, own one at the time I proposed to drive one up the Matterhorn. But had photos to show potential Swiss sponsors, and if one bit (chose to finance the climb) I would use that backing to promote an actual Skat-Kitty for myself, import it into Switzerland and ride that baby up the mountain!

Now, if you would like to run a photo, I would suggest this is the one which captures the spirit best. I got the photo off the internet with text indicating that it was taken from the 1967 film “Cottonpickin’ Chickenpickers” (a real film). But I would certainly be wearing my cowboy hat I wore then I drove my gokart around the world. Fur sure.