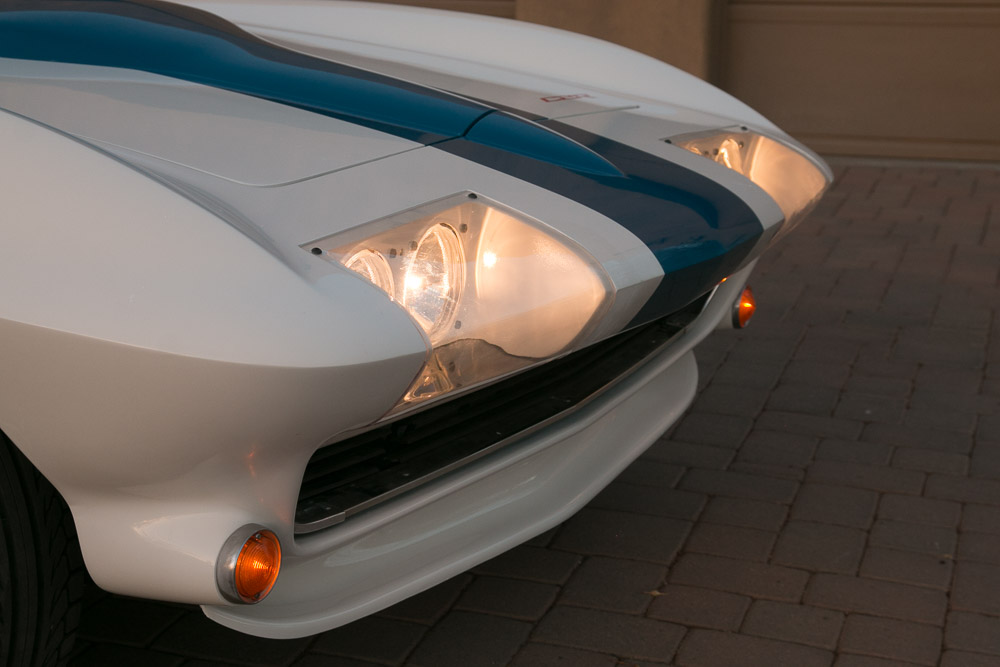 This car represents a lot of things. The inspiration to become a car designer, for one. ‘60s road racing at Riverside International Raceway is another. It’s a piece of accessible Chevrolet racing history, as Hall’s awe-inspiring Chaparrals and Duntov’s Grand Sports were in another world altogether. It’s a tribute to my dad in a way, for his encouragement and that he overlooked several mistakes made by his teenage car enthusiast.

The car represents an era that is lost and gone forever. The circumstances surrounding the design and development of the C2 were unique. It’s the creation of Pete Brock, Larry Shinoda, Bill Mitchell, Zora Duntov, and many others. My dad, the race fan.

I was 16 years old when the ’65 Corvette came out. The C2 Corvette was mind boggling in its day, and the ’65 raised the stakes considerably. The year of disc brakes and the 396. American Racing modified their Torq-Thrust wheels to fit the Corvette disc brakes and called the new design the Torq-Thrust D, and that what’s on the car in a 16-inch version.

The colors on the car are a tribute to American automobile racing, when white and blue represented America at tracks like LeMans and Sebring.

It’s old school. Four-bolt main 350 CID (dated late 1971) small block fueled by a Holley. The only consideration to technology is an HEI distributor. Four-speed Muncie transmission, Hurst shifter, Power brakes, but no power steering. That said, the tie rods are attached to the “fast ratio” holes in the steering knuckles. Thanks, Zora.

No carpet. I finished and painted the interior instead. Probably added a year to the project. More race car look. The underneath was coated with Lizard Skin for heat control and sound deadening. To minimize interior modifications, the four-point roll bar has tube clamps and can be removed. The lower portion bolts to the frame.

The car is stripped of gingerbread and non-essential accessories. Heater? Don’t need that. I live in Arizona. Air Conditioning? Don’t need that. The car has vent windows. Radio? According to Jay Leno, if you can hear the radio the exhaust isn’t loud enough. So, don’t need that either. Bumpers? Race cars don’t have bumpers. And the Grand Sports didn’t have retractable headlights, so neither does the C2R. No idea how much weight that saved. The result: the C2R is 320 pounds lighter than a typical small block mid-year coupe.

If you are or were a car designer and would like to have your car or motorcycle build featured on Dean’s Garage, let me know.

The entire eight year + build (probably more photos than anybody has patience to wade through) is on Dean’s Garage.

Video was made by Bill Boudreau of ZR51 Performance. 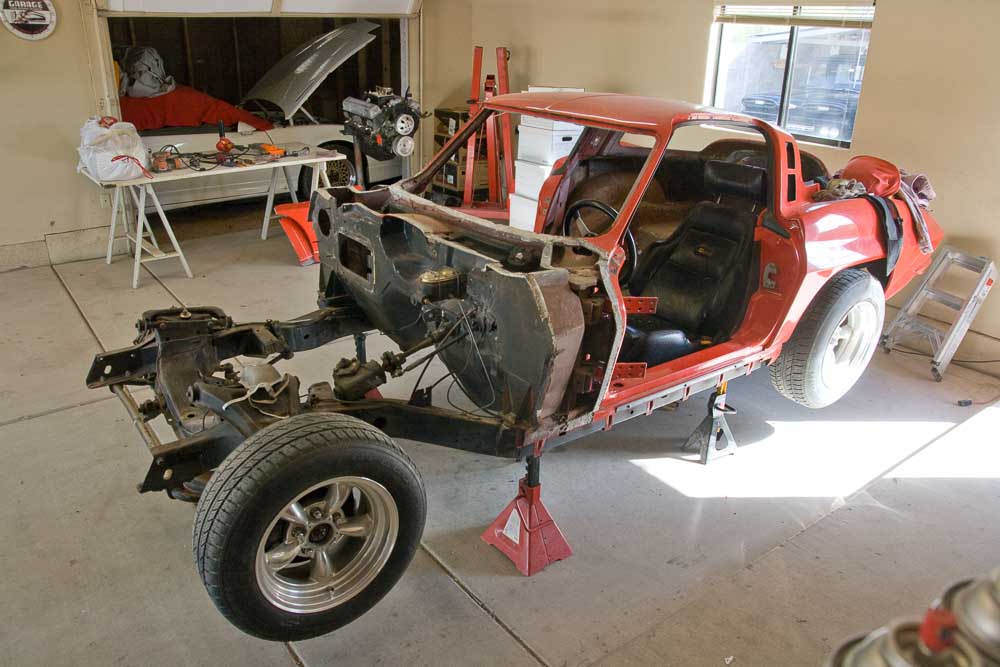