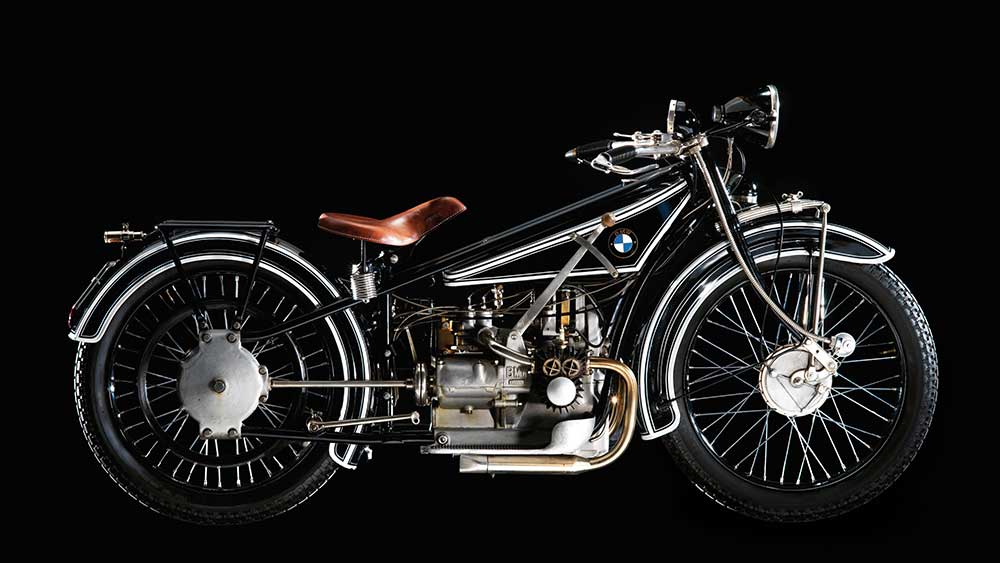 I was surprised to read about the rocky and uncertain beginnings of BMW, makers of airplane engines, cars, and motorcycles. The Isetta gave BMW some needed financial relief, but the company was continually at risk until BMW introduced the sensational 1500 in 1961 (followed by the very successful 1600 and 2002 models).

The BMW Century traces the company’s history and offerings from the beginning. Other than a chapter devoted to the Art Cars, BMW’s race cars are mentioned only in passing.

As mentioned in previous book reviews of Porsche, The Classic Era and Ferrari 70 Years, history of the company during the wars and immediate post-war periods is of particular interest. During WWII, BMW produced  motorcycles with sidecars (with power going to both rear wheels), and airplane engines (including the two-row radial that powered the FW-190).

An excerpt from the book: “The year 1933 was a turning point for German industry and, through much more darkly, for the German nation. For that matter, it was a turning point for the whole world. Adolf Hitler’s seizure of power at the beginning of the year would have catastrophic consequences for humanity as the decade unfolded. It is also an uncomfortable truth that in the early days of the Nazi rule, the country’s business leaders gave guarded welcome—if only through gritted teeth—to many of the measures announced by the outspoken new Reichskanzler (chancellor).

Mass mobility and popular car ownership had always been prominent among Hitler’s pet projects. Within two weeks of installing himself in office, he opened the Berlin Motor Show, where the shiny new creations perfectly fitted his vision of a glorious, technologically driven future with German industry secure in the driving seat. Days later, he summoned the leaders of the country’s five surviving carmakers—times had indeed been hard—to announce his four-point plan for national car ownership. Among those leaders was Franz Josef Popp of BMW.

What those industry leaders heard must have been music to their ears, even if the tone was strident and intimidating. With car sales stagnant after several years of national austerity, economic decision making in paralysis, and the industrial outlook uncertain, the lifting of taxation on cars promised a quick stimulus to sales. More importantly, the National Socialists’ plan provided long terms security and certainty—qualities always favored by investors—at a time when, for the past decade under the Weimer Republic, dithering and stopgap measures had been the order of the day.”

The book is very professionally assembled. Photos, cover and interior design, and Lewin’s writing all comes together into a complete presentation.

Relive the first one hundred years of Germany’s best two- and four-wheeled rides.

Established in 1916, BMW is one of the auto and motorcycle industry’s oldest and most-respected car and motorcycle manufacturers. Over the past century, the company went through myriad developments. The BMW Century chronicles this remarkable transportation company through images of the cars and motorcycles it manufactured, from the 1923 R32 motorcycle to sleek electric cars of today. This handsome volume is filled with images, history, and in-depth looks at the incredible machines BMW created year after year.

The BMW Century showcases how the company’s new visionary team systematically rebuilt BMW in the post-World War II years into the spectacular success we know today – that is, a company with sales projected to be upwards of two million cars annually by 2016, led by its 3-series, the best-selling luxury-performance car in the world.

BMW’s motorcycle division is no less legendary. It began with the 1923 avant-garde R32, which featured a 180-degree, horizontally opposed twin, the engine configuration that would become BMW’s hallmark. Along the way, BMW would use that configuration to power groundbreaking machines like the R90S, R100RS, and R80GS. Beginning in 1983, they would add three- and four-cylinder machines to their offerings, culminating in today’s spectacular S1000RR sport bike.

From the pre-war motorcycles to the iconic R-series twins of the 1970s and 80s to the mighty M-series cars and superbikes of today, The BMW Century offers a full review of German engineering at its finest. The book is illustrated with hundreds of historic, contemporary, and racing photographs – many sourced from BMW’s archives – and detailed text relating the BMW’s full history. This is the one volume no BMW aficionado can be without.

Tony Lewin has spent most of his working life driving cars, analyzing them and reporting on the ups and downs of the global enterprises that build them. As a writer and editor for Automotive News Europe he has kept a constant watch on the world’s top carmakers for many years. Today, Lewin divides his time between journalism and books. He lives in East Sussex, England.