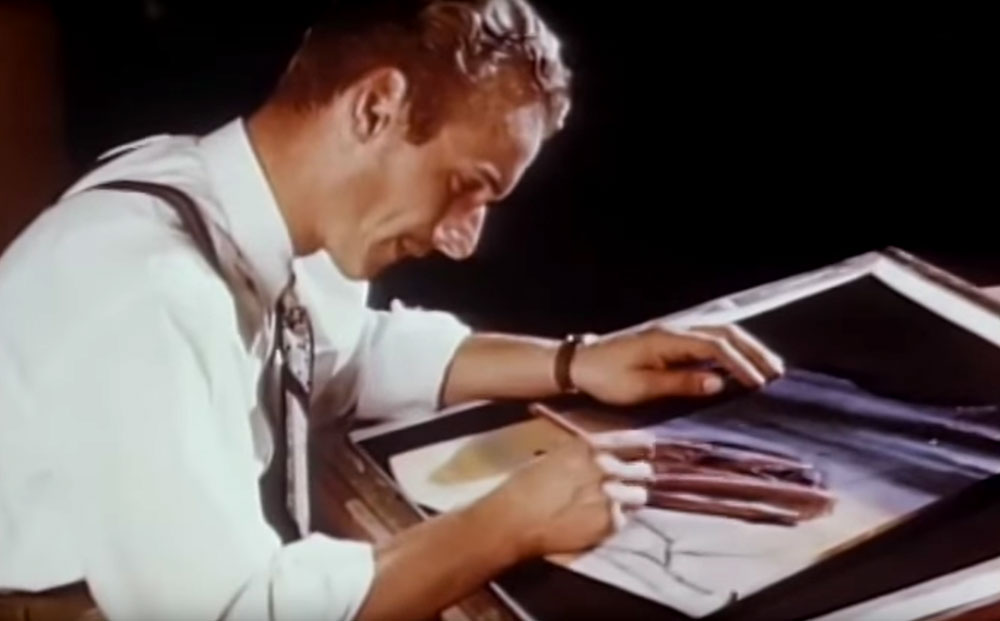 Interesting video from 1949. Several scenes from inside Art & Colour production design studios. Irv Rybicki and Bill Mitchell are easily recognizable in several scenes. The video starts at 7:21 into the film.

Description: “General Motors created this film after the War to generate interest in its new cars by showing the public how far automobile design had come since the days of the horseless carriage. From an artist’s sketch through full-scale steel sculpturing in clay and wood, to final rendering in steel, we see the motor car designer creating greater usefulness, performance and transportation value for each successive generation. This film brings to life the fascinating work of an auto designer who really is infused with craftmanship and an artisan’s sense of the practical value of beauty. We see how design had transformed the car from horse-drawn buggy to the modern Post WWII cars that were the envy of the world. The film is a glimpse into that hopeful, energetic, America that was on the go and ready to claim the ear as the American Century.”

Several screen shots from the film 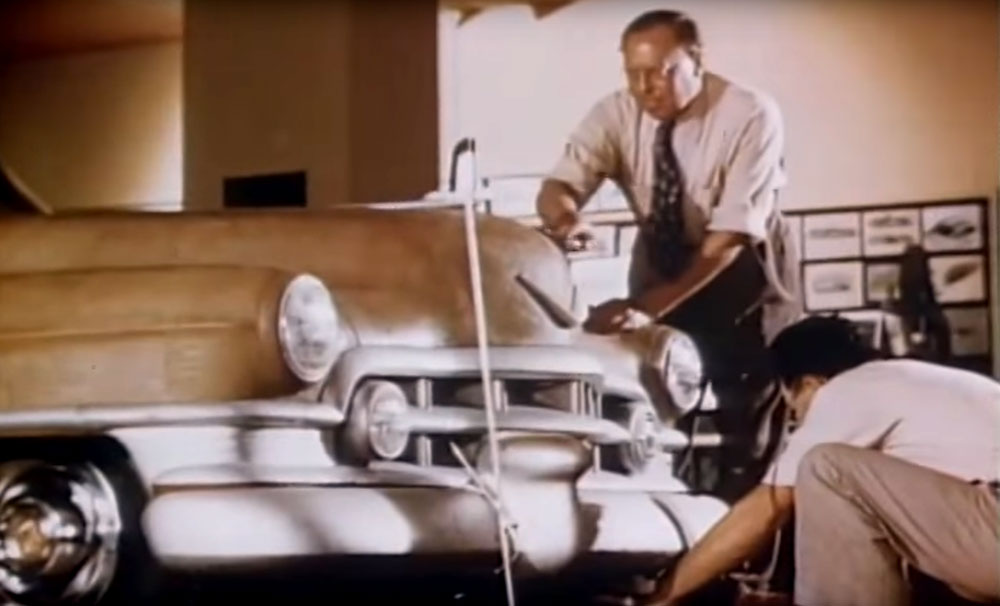 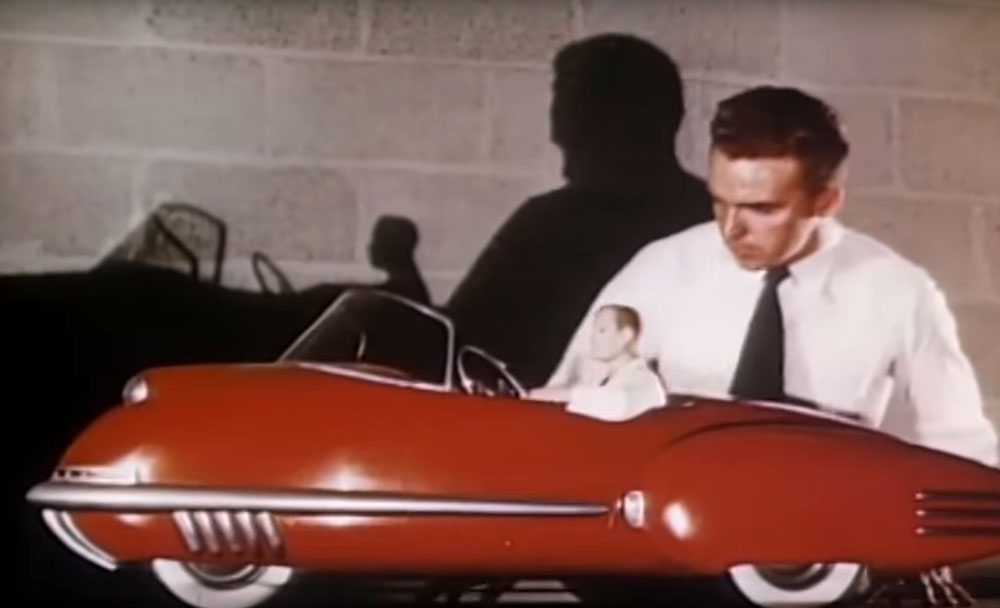 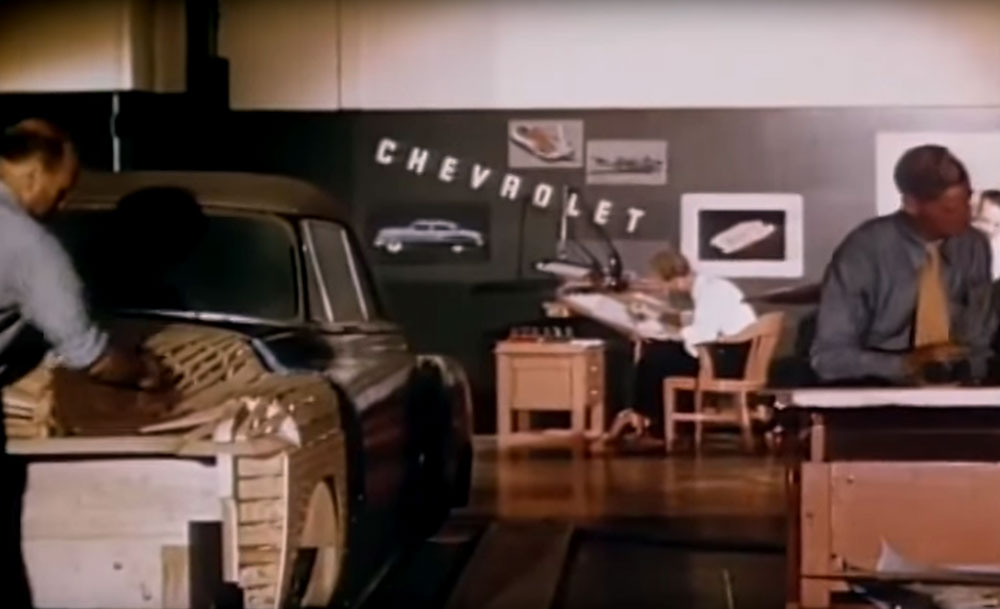 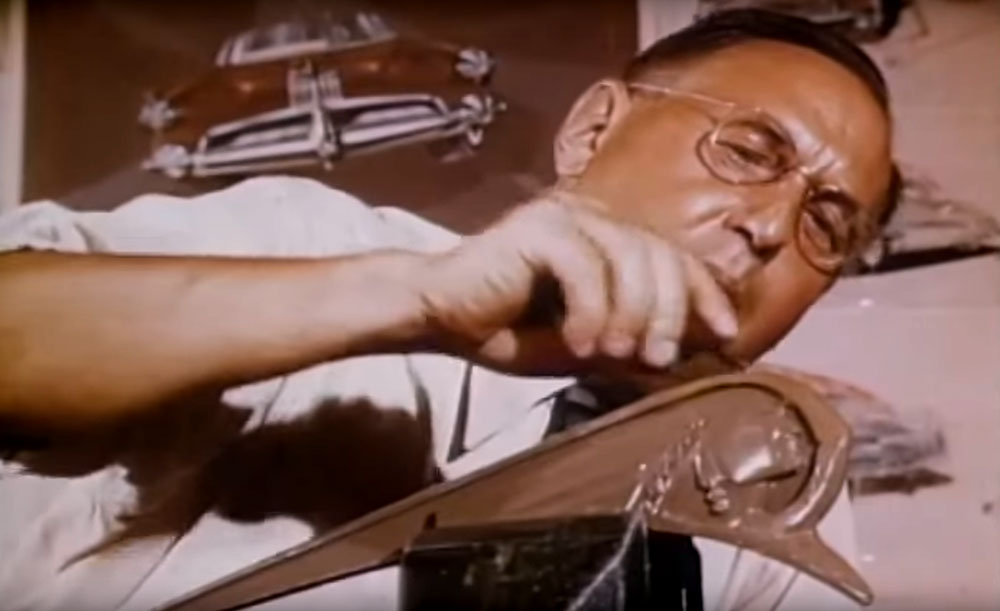 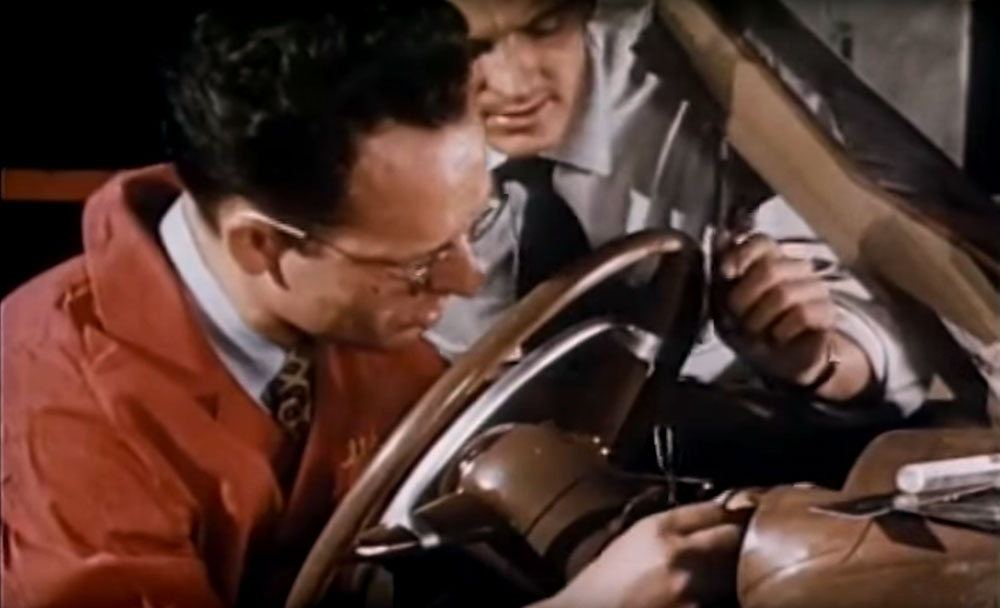 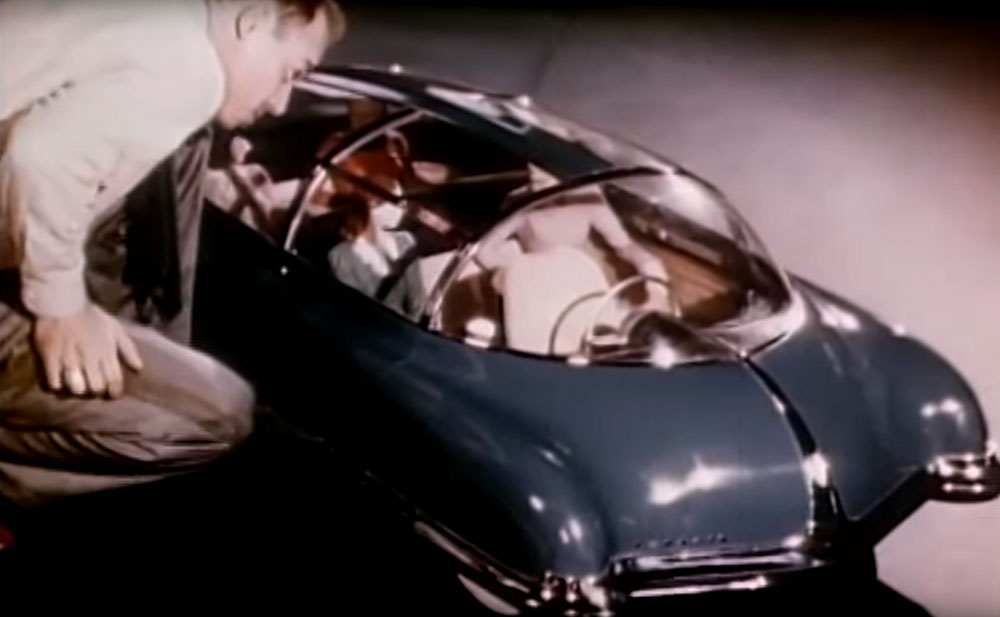