I saw this car at the Pavillions car show in Scottsdale a few years ago. It stopped me cold. Monumentally impressive. There must have been a display sign that described the car and mentioned Dave Holls. I hung around wanting to talk to the fellow that drove the car to the show to find out more about it, but I was losing my light, so wandered off, photography being more important.

Recently Dick Ruzzin commented on the Bugatti project, and mentioned the Lincoln along enough information to track down this article in Hemmings Daily: “You probably know that Dave also designed a special body for a Lincoln.  He had a friend who was Chief Engineer for Ford, Connie Buschard, and it was done for him. The car has the look of the forties with one exception, a low chrome molding.  It was black with a silver hood and deck.  When you opened the door there was a small silver plate on the sill that had the designers name on it, Dave Holls. Dave must have liked what the strong contrast did for the proportions of the cars. Dave loved cars.”

Dave Holls is a household name to Dean’s Garage readers. I worked under him (a few layers down) at GM Design Staff. I didn’t realize at the time how much of a car guy he really was.

Patrick’s portfolio can be reviewed on his site.

In an alternate universe, Edsel Ford might have commissioned a custom-bodied Lincoln Speedster from Paris, France, carrosserie Hibbard & Darrin, complete with pontoon fenders, a tapered rear deck, and a hood that stretched to the horizon to cover the hot-rodded V-12 beneath it. In this universe, it never happened, yet the car exists, the result of one man’s passion and another man’s flair for design. Next month, this one-of-a-kind 1932 Lincoln Model KB Boattail Speedster heads to auction in Hershey, Pennsylvania, as part of the annual RM Sotheby’s sale.

The genesis of this custom boattail speedster dates to the mid-1990s, when Lincoln collector Greg Bilpuch struck up a conversation with David Holls, the retired vice president director of design for General Motors, and the man who directed the styling of the 1966 Buick Riviera, the 1967 and 1970 Chevrolet Camaros, and the 1970 Chevrolet Monte Carlo. Speculating on his “dream Lincoln,” Bilpuch described a car based upon the 12-cylinder Lincoln KB, but clad in a sporty speedster body from coachbuilders Hibbard & Darrin, a creation that, under different circumstances, Edsel Ford himself may have had built.

The thought stuck in Holls’s mind, and the retired designer returned to the drawing board to sketch his interpretation of such a one-off creation. The end result was a blend of Hibbard & Darrin traits (steeply raked V-shaped windshield, flowing pontoon fenders, elongated hood), with a nod to the “fishtail speedster” designed by Gordon Buehrig for coachbuilder Weymann. It was a bold design, but one that Holls and Bilpuch agreed should be built.

The project began in 1995 with a 1932 Lincoln KA, modified by a previous owner for use as a tow truck. With little of the original bodywork remaining, there could be no objection from purists that a salvageable Lincoln was destroyed to build a vision of a car that never was, but perhaps should have been. The custom coachwork was crafted by Marcel Delay of Corona, California, using an ash wood frame to support the car’s aluminum body panels, though a portion of the original car’s hood was retained. As a testament to the shop’s craftsmanship, the boattail upper deck of the speedster was left in polished aluminum, while the rest of the car was painted black by Brian Joseph’s Classic & Exotic Service of Troy, Michigan, which also handled final assembly.

In keeping with Edsel Ford’s love of speed, the Lincoln, now known as the “David Holls Speedster,” received a 12-cylinder Lincoln KB engine instead of a replacement eight-cylinder KA. Rated at 150 horsepower in original trim, the hopped up 448-cu.in. V-12 sports a quartet of two-barrel Stromberg 81 carburetors, which help to raise output to 175 horsepower. Torque goes to the rear wheels via a three-speed manual transmission, and the car rides on an air suspension with power-assisted drum brakes in all four corners.

Completion of the Lincoln Speedster took three and a half years, and the car debuted in time to show at the 1999 Pebble Beach Concours d’Elegance. There, it scored a second-place ribbon in the American Pre-War 1932-1941 class, much to then-owner Bilpuch’s amazement. It was a proud moment for Holls as well, but sadly the designer died in June 2000, just as his Speedster continued its winning ways on the show circuit at Eyes on Design and the Bay Harbor Vintage Car & Boat Festival.

The car has since won accolades at shows from coast to coast, and its current owner has enjoyed the its performance in events like the Copperstate 1000 and the Pebble Beach Motoring Classic. Attesting to an 80+ MPH top speed, the owner was once ticketed behind the wheel of the Lincoln at 72 MPH, a fact that Edsel Ford himself would surely have appreciated. 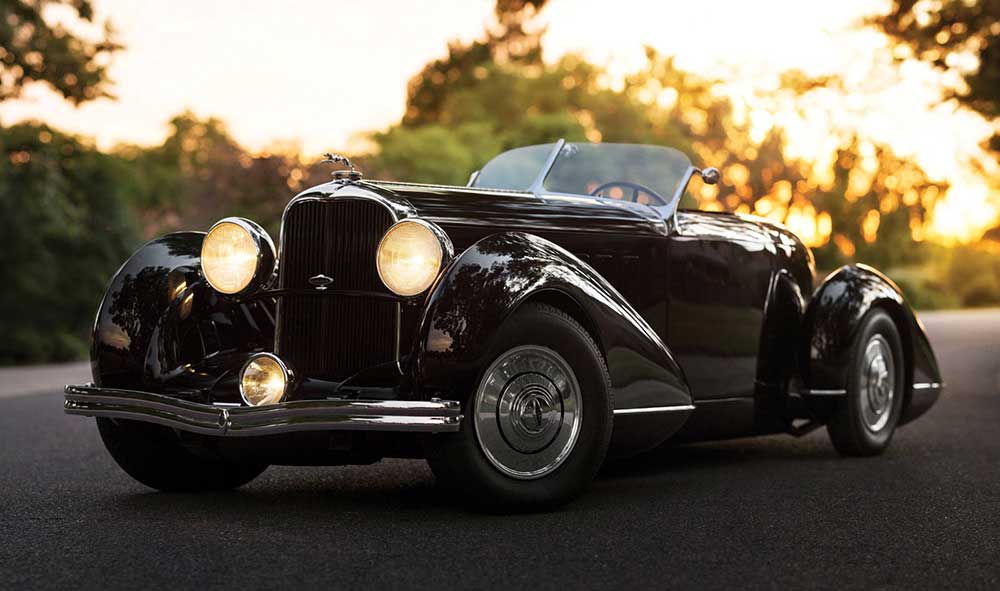 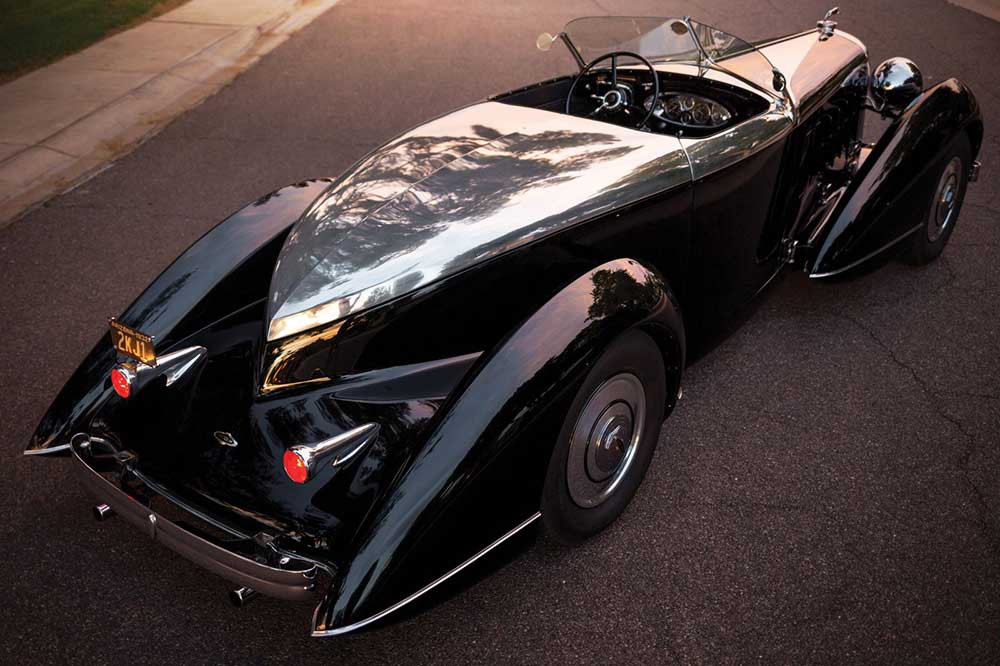 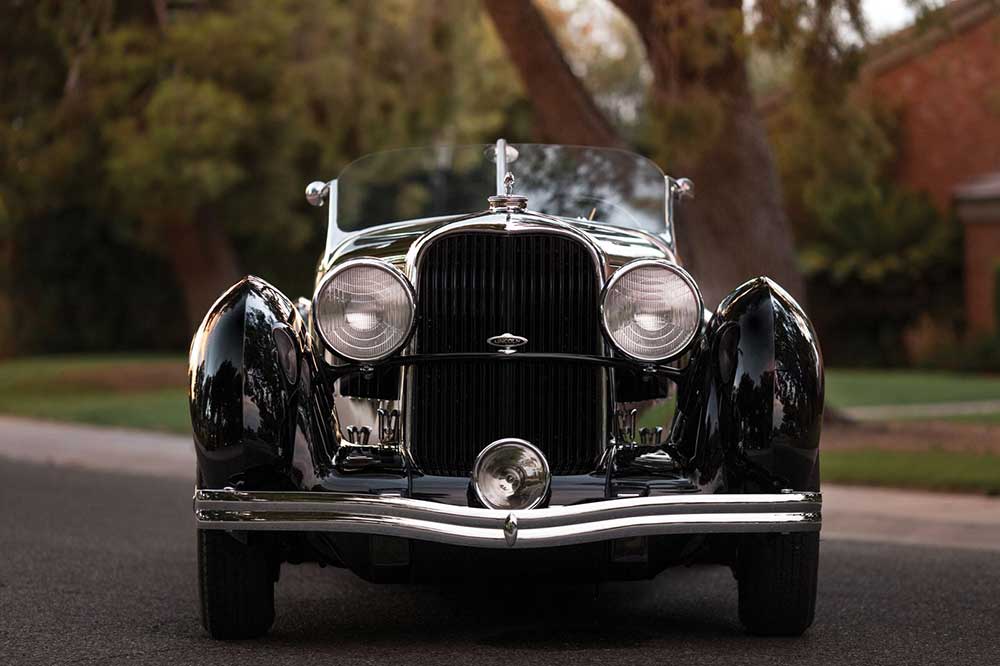 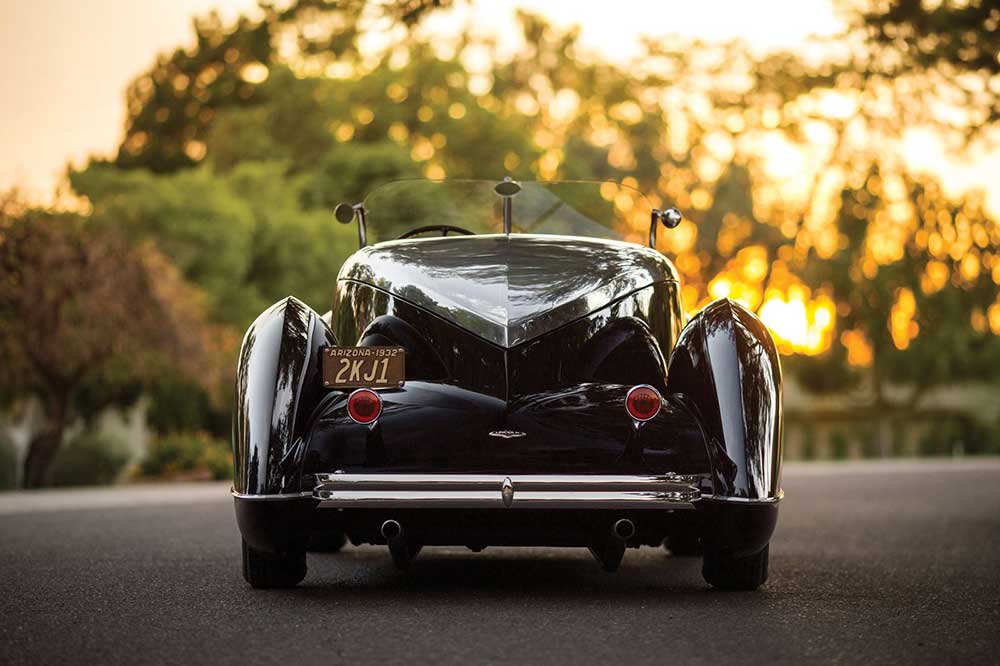 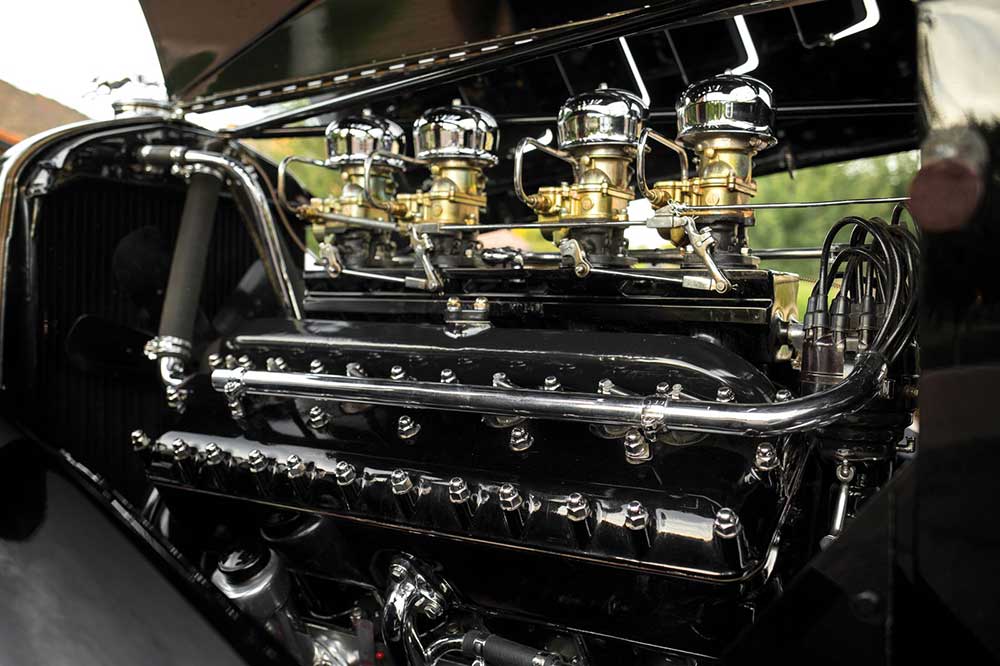 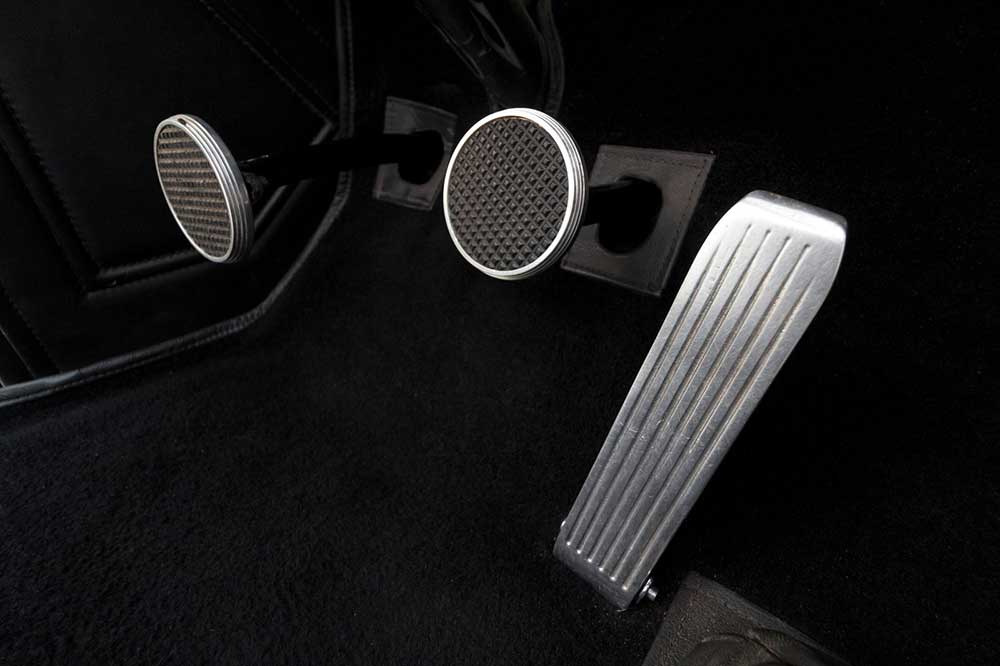 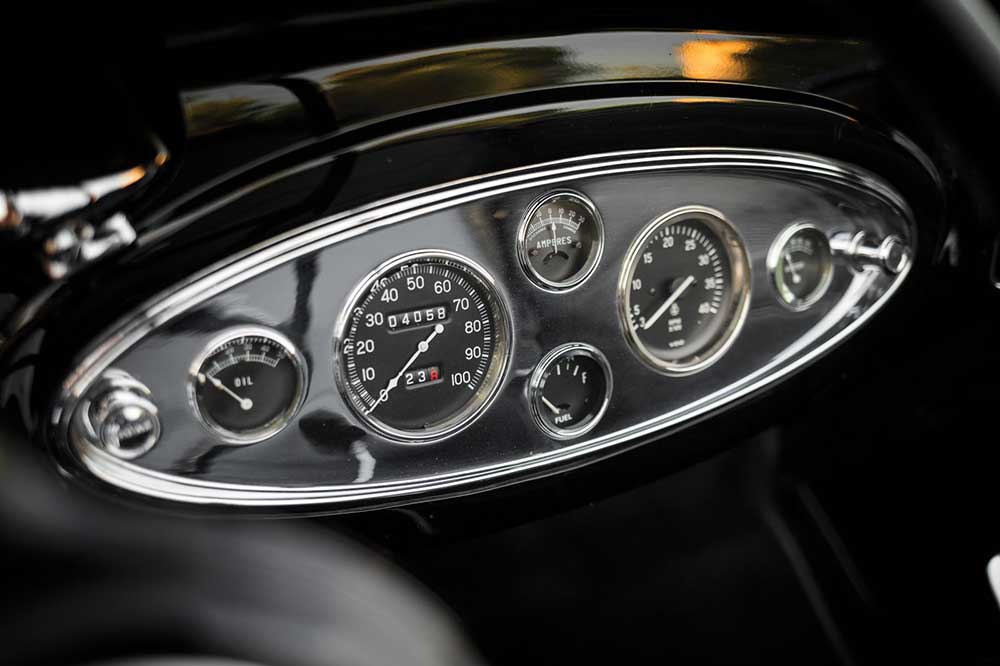 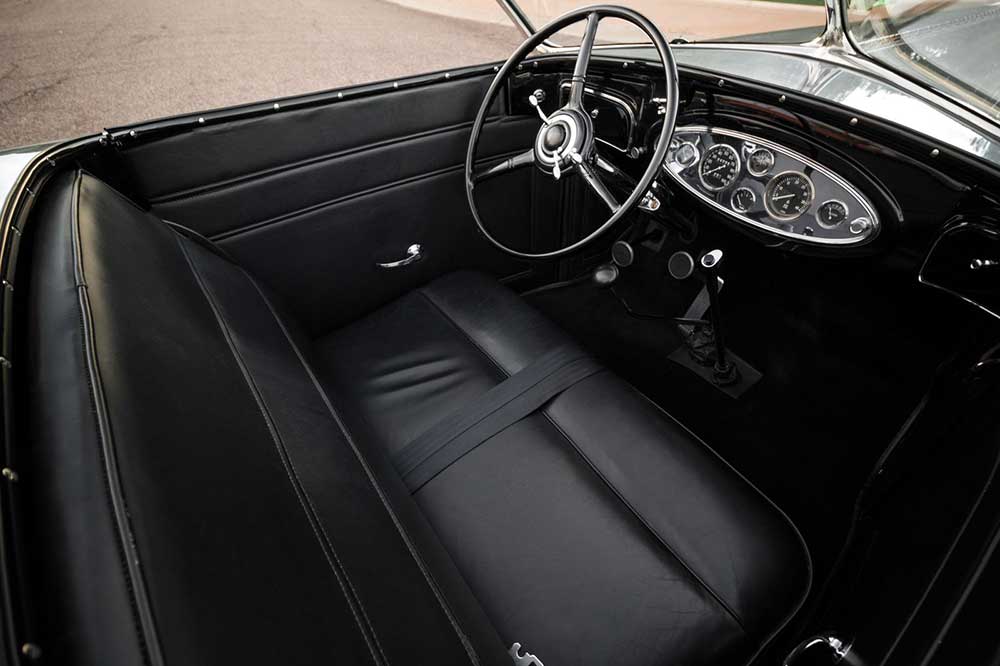 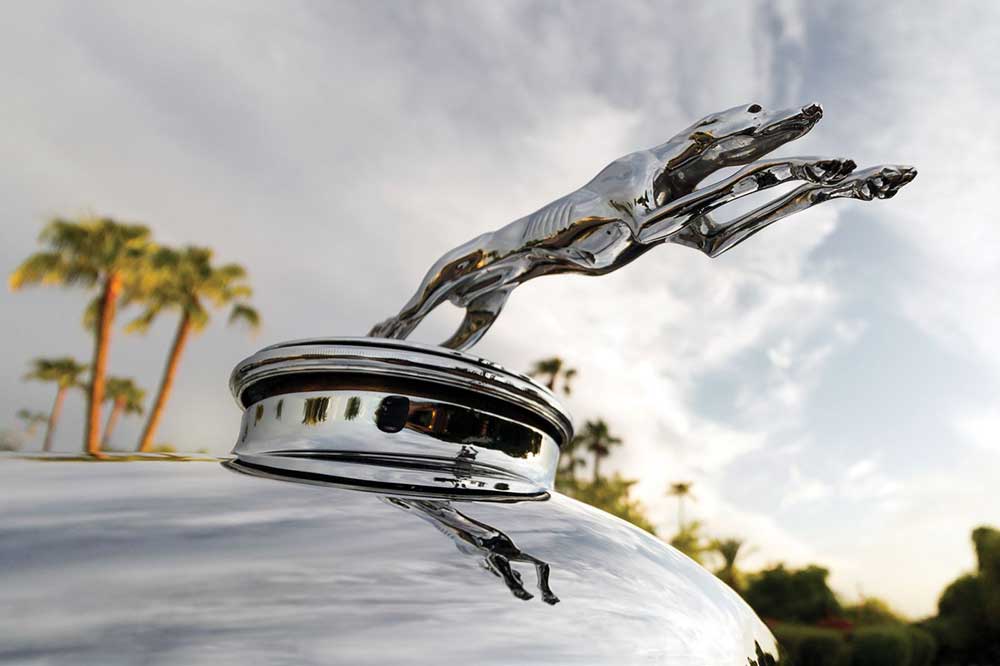 Grab shots taken at the Pavillions in 2013.